Childhood: an exhibition at A Smith Gallery

I am pleased and honored to announce that two of my photographs from Nicaragua have been accepted into a juried exhibit at the prestigious A Smith Gallery in Texas.

Here are the details:

For more info go to A Smith Gallery.

To see additional images from my latest trip to Nicaragua in 2014, go to my Flickr album.

Picasso does sculpture at MoMA

If you thought you knew Picasso's work--and who doesn't, he's so ubiquitous--the recent exhibit of his sculpture at MoMA just might have come as a very delightful surprise. I found it both fascinating and revelatory. As acquainted as I am with Picasso there were a few familiar pieces, but far more that I'd never seen before. Furthermore, the sheer number and variety of the works was quite stunning.

The show was organized in chronological order and my selections follow accordingly. I won't try to comment on everything. But I used my new iPhone to good advantage to try to capture a sense of it all. Here is what I saw (and not solely in the Picasso exhibit.)

I'd seen an example of these small pieces, probably in reproduction. The show included six variations on the theme. Wonderful!
Translating cubism into three dimensions seemed like a natural extension of this iconic and epochal Picasso style. (Following this exhibit I went upstairs to the permanent collection and revisited several painted variations on this subject.)

To me the gesture of this piece anticipates an element in later paintings, including Guernica.

The exhibit was divided into rooms that showed distinct periods because, as stated in the catalogue, "Picasso's commitment to sculpture was episodic rather than continuous" and did in fact fall into distinct phases and styles. It was easy to relate some of the sculptures, such as the ones in this gallery, to familiar paintings, prints and drawings.

Despite its title, this one could be interpreted in a variety of ways and changed quite a bit as I walked around it. From certain angles it suggests a kneeling woman cradling...what? an infant? They are eyeballs, but what else? From another angle it was undeniably phallic.

A found object, a la Duchamp, this is a gas burner from a stove.

This one I've seen many times, but has long been a favorite, so I wanted to share.

Among the many surprises this was the biggest and most enchanting. I'd never seen a Picasso quite like this before. Love it.
Each of these is separately titled "The Bathers:...," with additional specification, such as "Man with Folded Hands."
Following Picasso Sculpture I went upstairs to revisit old friends in the permanent collection. Picasso, of course, features prominently there.

Whenever I visit MoMA, and it's been a few years now, I must pay homage to a few favorites. Monet's waterlillies, which have a room of their own, are among the obligatory stops. Instead of making a still photograph of these enormous canvases, I shot a video of my sister (who lives in NY and joined me to visit MoMA) walking past one of them to give a sense of scale. Here is the link to the video on youtube. 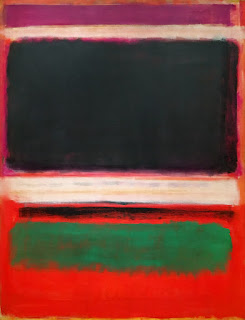 I paused before the two Rothkos, side by side. This one "worked" on me better than the other. Reproduction can't achieve its effect, of course. 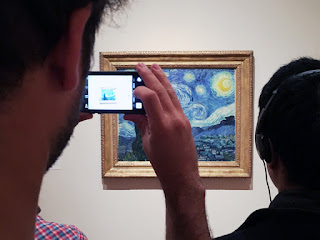 The last time I had this hard a time getting a clear view of a painting because of the crowds around it was Mona Lisa at the Louvre (many years ago). 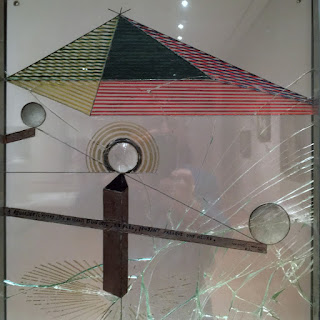 Duchamp by comparison was standing all alone in the middle of a gallery. 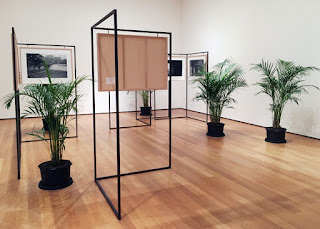 I also visited the Photography galleries. Contemporary photography, it seems, can't simply hang on a wall anymore. Once the medium was famously described by curator John Szarkowski (for MoMA in 1978) as "mirrors and windows." Now photography represents just about anything except either of those metaphors, at least if the current exhibition--appropriately entitled Ocean of Images: New Photography 2015--is the determinant.

Above is Katsura, by Japanese photographer Yuki Kamura. The black and white photographs themselves depict the famous imperial villa in Kyoto, Katsura. But depicting it is only part of the point in this conceptual installation. The arrangement of images corresponds to their relative positions in the actual building and is intended to "invite meandering." 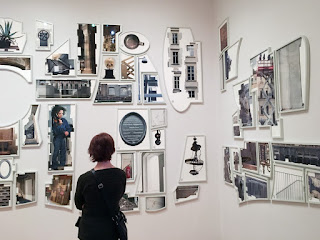 This multifaceted installation by Israeli photographer Ilit Azoulay, entitled Shifting Degrees of Certainty, was too large to fit into a single frame. Pun intended. The fragmented images, shot in German cities, are meant to suggest neighborhoods on a map,...or a brain. 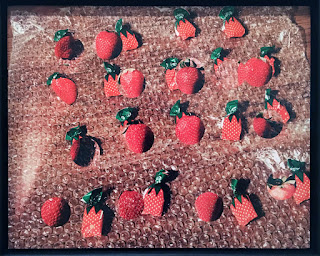 My personal favorite among the "oceans" was Strawberries (forever fresh) by Lucas Blalock. A straightforward image of candied strawberries lying on bubble wrap appears to be perforated. The "holes" are actually superimposed images of "real" strawberries. Whether anything in a photograph is real is one of the questions that comes to my mind. Certainly not a mirror or a window.

If you missed my review of the Whitney you can go to it here.
Posted by eddee at 9:34 AM 2 comments:

Creating an Artist's Book: A workshop with Max Yela and Eddee Daniel 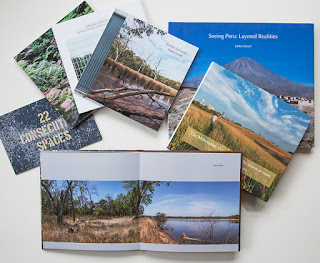 Book design has been an increasingly important aspect of my artistic practice. In the past eight years I have created 15 self-published books using online services Blurb and MagCloud. In this workshop I will share my experience and help you create your own book.

I am delighted to be joined by Max Yela, head of the UWM Special Collections Library. Max has an impressive knowledge of all kinds of books, bookmaking processes and book design ideas. His contributions will complement my own and provide a deeper understanding about how to create your own artist's book.

The workshop has two sessions. You can choose to take either one separately or both. The first session is on Feb. 20 at 1:00 pm.

Here is the full workshop description for session 1: