I am honored to announce that two of my images have been included in FORWARD: A survey of Wisconsin Art Now at the Charles Allis Art Museum. The exhibition, which opened this evening, was juried by Susan Barnett and Brent Budsberg. The show includes 58 works in a diverse range of media and is particularly strong on painting and photography.

FORWARD runs through Feb. 19, 2017 so there is plenty of time to see it. The Charles Allis is located at 1801 N. Prospect Ave. in Milwaukee. For more information go to their website. 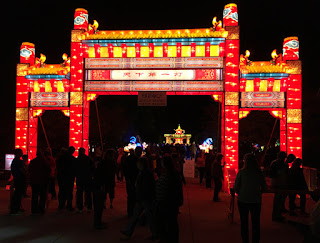 OK, is it art? Not sure, but it's definitely a visual spectacle. And, hey, I'm generous about the definition of art. No borders, after all.

I went to see China Lights last night and on a Tuesday there was a long line of cars creeping through Whitnall Park towards Boerner Botanical Gardens. After finally parking, the ticket lines were also long. (Buy your tickets in advance, online!) The show, billed as a "lantern festival," opened Oct. 1. I can only imagine what the weekend was like. The only time I've ever seen so many people at a Milwaukee County Park has been at O'Donnell for fireworks displays. 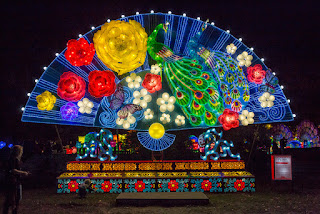 The show is definitely a crowd pleaser and family-friendly. I wasn't all that interested in the animals and cartoon characters myself, but the multitudes of children who were there--including my granddaughter--definitely were. 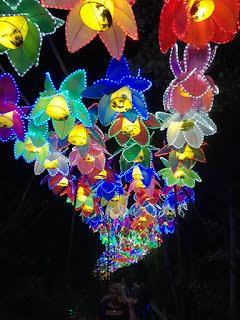 The highlight for me was the woodland boardwalk with the overhead lanterns (above and below). 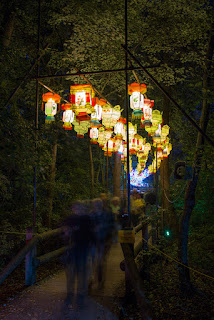 Here are a few more images I managed to catch in the dark. 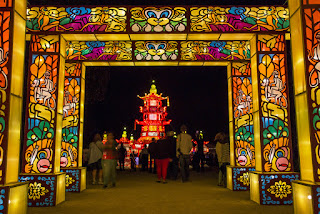 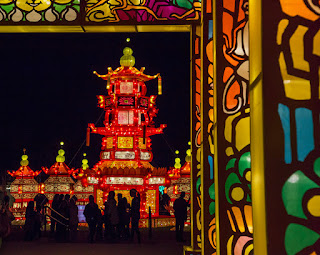 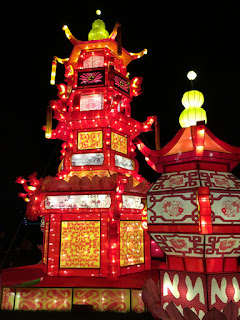 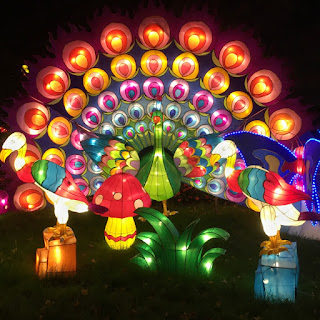 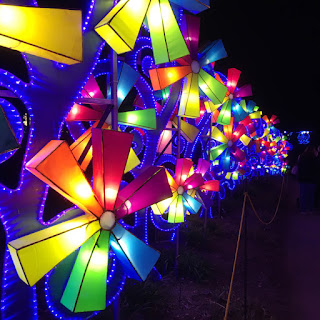 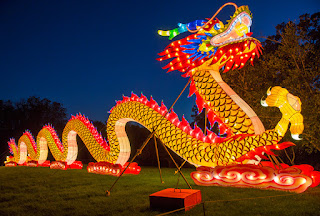 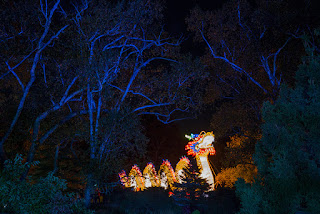 According to John Dargle, Milwaukee County Parks Director, this is normally the slowest time of the garden season at Boerner Gardens. "With China Lights we now expect it to be the busiest season," he said. There have been an estimated 20,000 visitors to date, with two more weeks to go!

China Lights was organized by The Park People and proceeds will benefit them as well as Boerner Botanical Gardens.

For more information go to the article in the Milwaukee Journal Sentinel or to the China Lights website (where you can buy your tickets, good through Oct. 31.)
Posted by eddee at 4:04 PM 2 comments:

I was pleased to discover the photographs of Art Fox at the Notebaert Nature Museum. Lusciously printed full color photographs depicted birds far larger than life-size. The birds were beautiful. They also were dead.

Fox collected the dead birds from sidewalks around Chicago's skyscrapers. His poignant story is recounted on wall panels: