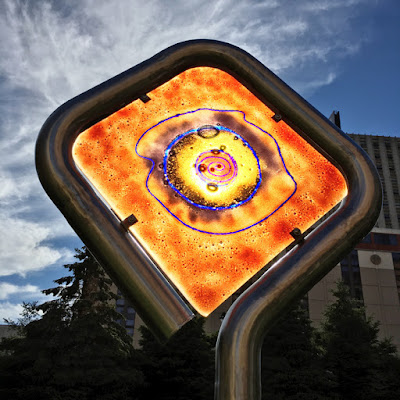 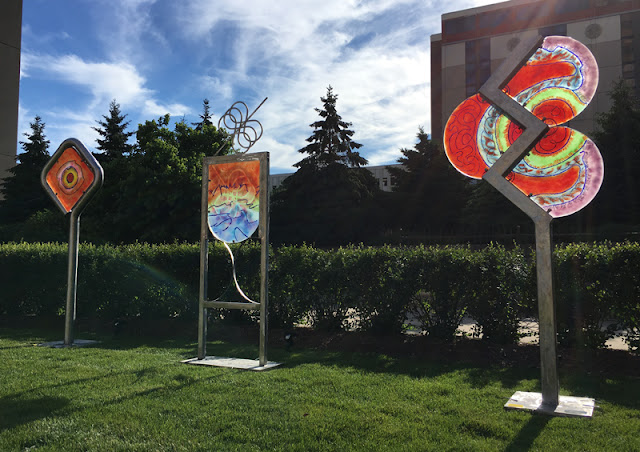 Milwaukee’s newest art venue, the Hilton Milwaukee City Center hotel, inaugurated a sculpture garden with a gala opening last night. The “secret” must refer to how hard the garden is to find without asking (if you haven’t been there before.) It certainly isn’t being kept a secret. The publicity for the show brought out a host of visitors. I arrived early and it was already crowded. 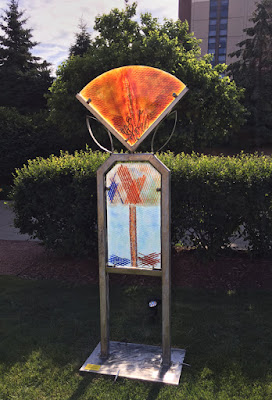 Perhaps the secret is why it took so long for the Hilton to capitalize on such a wonderful space to showcase sculpture. 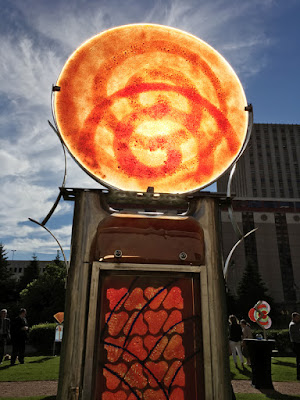 The monumental steel and glass works by Hartland sculptor Joel Pfeiffer are perfectly suited to the formal garden. Rigorously geometric polished steel forms are accented with similarly geometric glass. For me, the “Walk of Wonder” in the show title was most evoked when the bright evening sun shone through the swirling glass patterns. 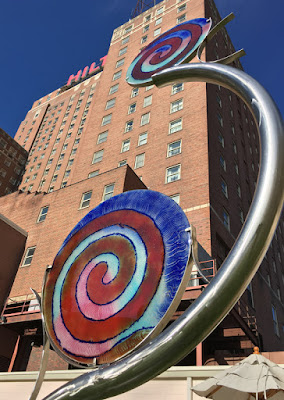 Pfeiffer is not new to sculpture on a monumental scale. His 9’x38’ ceramic “peace mural” hangs in the D concourse of Milwaukee’s Mitchell International Airport. That fruit of an international goodwill “clay stomp” involving thousands of people and 6 tons of clay has a twin in St. Petersburg, Russia. The auspicious year of its creation was 1989. 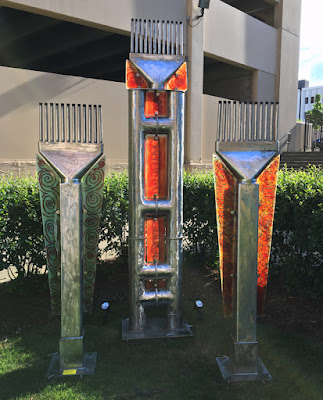 Long known for his ceramic art and over 80 of his collaborative clay stomps, Pfeiffer has more recently turned to glass making. All of the sculptures in the “Walk of Wonder” were made within the past three years, he told me.

I hope this will be the first of so many sculpture shows at the Hilton that it won’t feel like a “secret” garden for long. 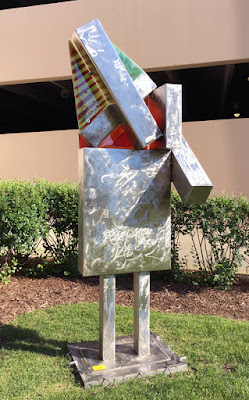 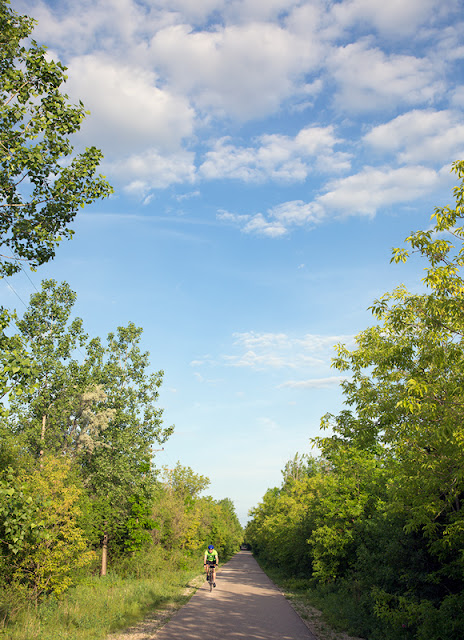 A new public sculpture graces one of the quiet sections of the Hank Aaron State Trail. From 76th Street west the trail cuts a long, straight, level—and largely uneventful—path through West Allis. The busy eastern sections of the trail near downtown and in the Menomonee Valley provide constant reminders of their urban setting. While West Allis is far from rural, the trail has a much calmer feel to it, especially now when its buffer of trees have leafed out to hide the adjacent homes and businesses. 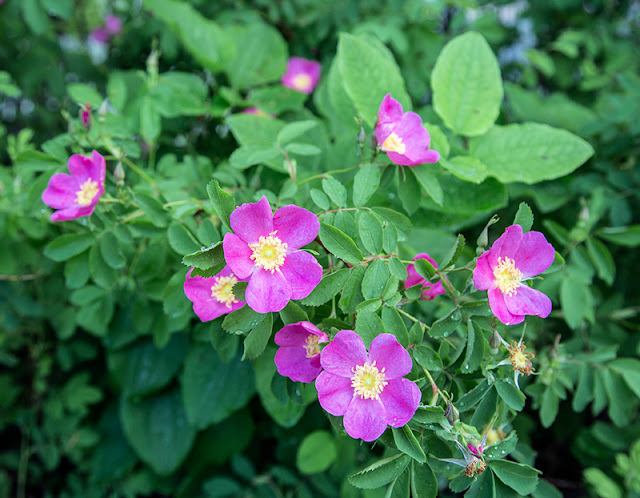 There has been another difference between the eastern and western sections of the trail until now. The Friends of the Hank Aaron State Trail has a public arts committee that is responsible for planning, siting and placing public art along the trail. Earlier efforts—such as Katie Martin’s sculpture, “A Place to Sit,” and Chad Brady’s Valley Passage mural, among others—have gone to the eastern portions. 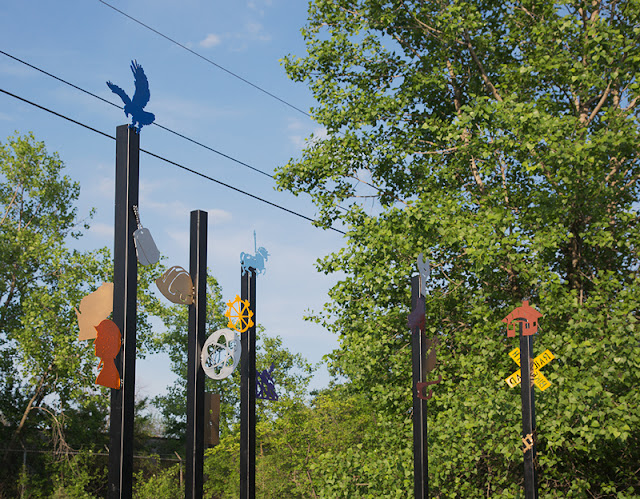 The newly placed sculpture near 89th Street is a modest start at correcting the imbalance. Five poles carry laser-cut symbols designed by students at Milwaukee’s High School of the Arts. Each pole presents a series of symbols with themes that relate to the trail and the community through which it runs, such as veterans (the Trail runs right through the VA hospital grounds) and West Allis industries. 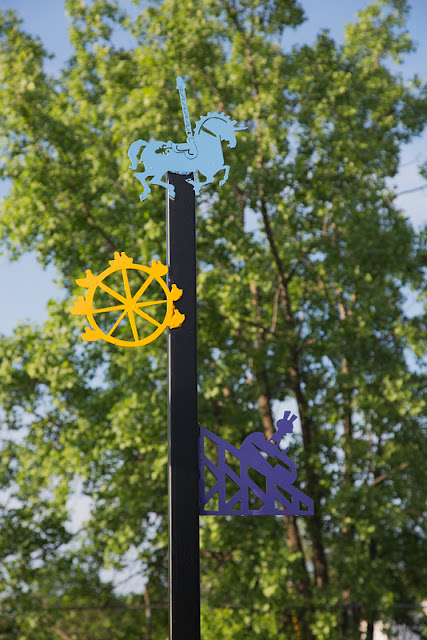 This detail shows a pole with symbols representing midway rides at the nearby State Fair grounds. After consultation with the West Allis Historical Society, the designs were created as a class project under the direction of MHSA art teacher Carrie Hoelzer. Mentors at the Milwaukee Institute of Art and Design and a Milwaukee company called Design Fugitives assisted with the fabrication. 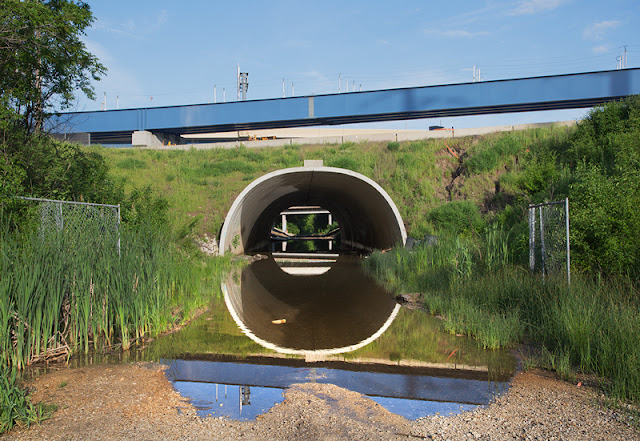 The western end of the trail is designed to connect with the Oak Leaf Trail. However, the Zoo Interchange reconstruction project has necessitated a detour at 94th Street. When I went there to reconnoiter the current status of the work I discovered that spring rains had created their own impediment at a recently constructed tunnel under the freeway. (I hope the drainage issue is resolved before this section of the trail is reopened!)

Full disclosure: I serve on the Friends of the Hank Aaron State Trail public arts committee.
Posted by eddee at 10:58 AM No comments: