Art in Portland, OR: personal selections.

Although my primary reason for a recent trip to Portland, OR was to attend a convention (the annual Unitarian Universalist General Assembly), I did manage to skip out long enough to visit the Portland Art Museum. Here are a few of the things that caught my eye.

The museum provides several types of offerings even before you enter the building. 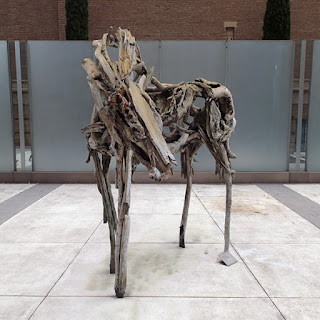 There is a small, enclosed courtyard between the two buildings that make up the museum campus. Modern and contemporary sculptures have a home there. Deborah Butterfield's horses have long had a particular appeal for me. It was my great fortune to have had her as an instructor at UW--Madison (way back when!) This one, entitled "Dance Horse," has a distinctive and compelling gesture, at least for me. 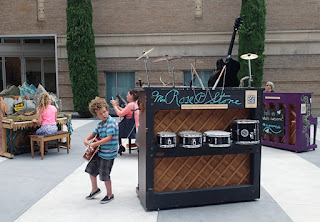 The entry plaza was graced with a series of decorated pianos that had been sponsored by businesses and civic groups. 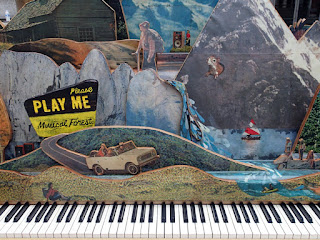 The decorations were eclectic and many of them reflected the interests of the sponsoring organizations. 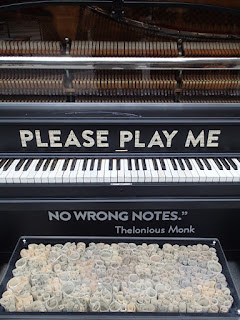 All of the pianos were playable and several could be heard being played at any one time, both outside and inside the museum. The inharmonious cacophony made my stroll through the collection more poignant. "No Wrong Notes" is a quote by Thelonious Monk. Wonder what he would have made of this arrangement. I thought it was fun. It was certainly an entertaining draw. 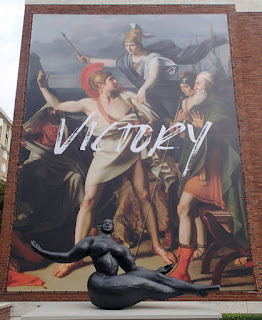 The outside of the building itself serves as a kind of canvas as enormous posters are hung on the walls to promote the current exhibitions inside. This one is for a show called "Gods and Heroes: Masterpieces from the École des Beaux-Arts, Paris!" The sculpture is "Floating Figure" by Gaston Lachaise. 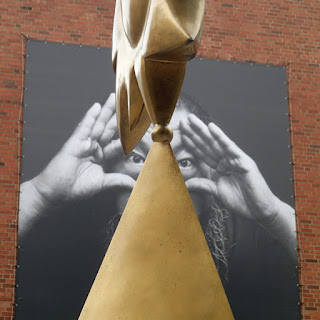 Another giant poster depicts Chinese artist Ai Wei Wei peering back at you. I found this juxtaposition with one of the sculptures in the courtyard to be trenchant. 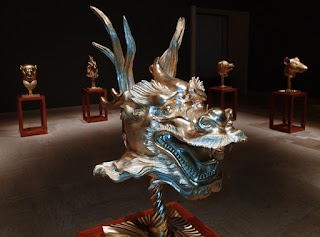 Inside you could see Ai Wei Wei's "Circle of Animals/Zodiac Heads: Gold." Here you see a close up of one of the 12 animal heads that make up the zodiac. 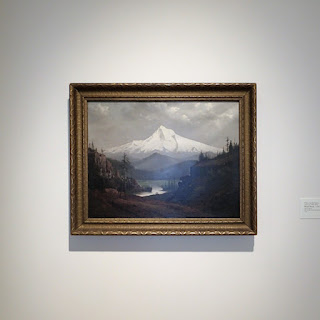 Not having a lot of time, I did a quick run-through of the historical galleries to get a flavor. I noted that the local landscape and cultures were a common motif, as you might expect. Mount Hood is a particularly iconic favorite, seen here in an 1885 painting by William Samuel Parrott. 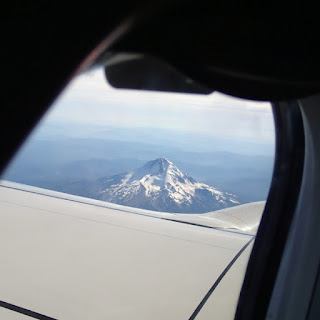 It's hard for a visitor to Portland to miss Mount Hood. I didn't get quite the Romantic view of it that the 19th Century painters sought, but I digress. 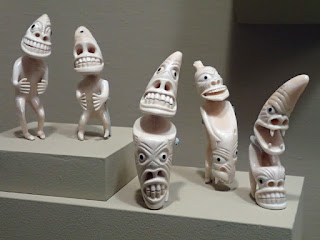 I'm quite fond of Inuit and Northwest Coast Indian art and so was looking forward to seeing what Portland had to offer in this vein. I was not disappointed. This tiny set of ivory figures, called "Tupilak," are by unknown Angmagssalik Inuit artists. 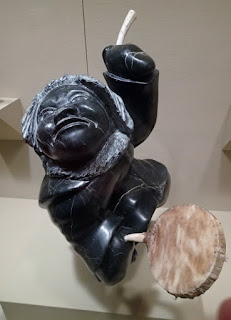 This "Drum Dancer" is by Aqjangajuk Shaa, a Canadian and Cape Dorset Inuit. 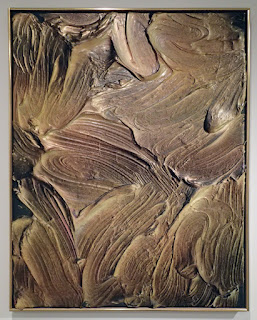 In the section on late 20th Century abstraction I found this atypical (for me anyway), thickly impastoed painting by Jules Olitski. I seem to recall having seen one of these somewhere before but I'm much more familiar with his sprayed color field paintings. 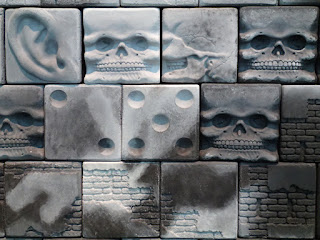 Walking around a corner, as I did, one can come upon this huge earthenware piece by Richard Notkin in a manner that puts you up close to its textured, relief surface, which is quite interesting. 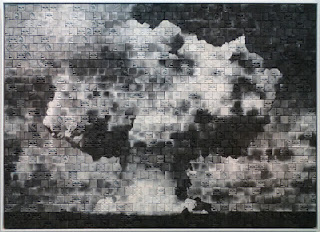 However, only when you walk back away from it do the variations in the burnt clay surfaces resolve themselves into the overall gestalt. It's called "The Gift." 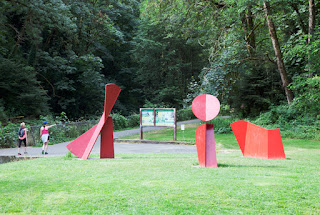 No, this isn't the museum any longer. I also went for a hike into a small corner of Forest Park, billed as the "largest urban forest in the world." At the trailhead I found this unattributed suite of sculptures. My story about hiking into the largest urban forest will appear on my other blog, Urban Wilderness, when I get around to it. I hope you'll join me again then.