Why I am here: On beauty in the Menomonee Valley 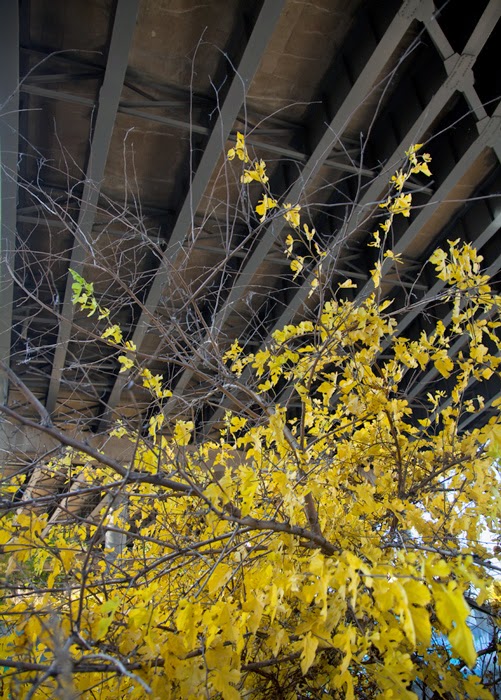 A constant, rhythmic thunder reverberates from the steel underside of the wide freeway overhead. Below, the Menomonee River slides silently between tilted flanks of concrete. Colorful graffiti decorates floodwalls on both sides of the channel; a skull motif interspersed with a surprisingly aesthetic tagging style. 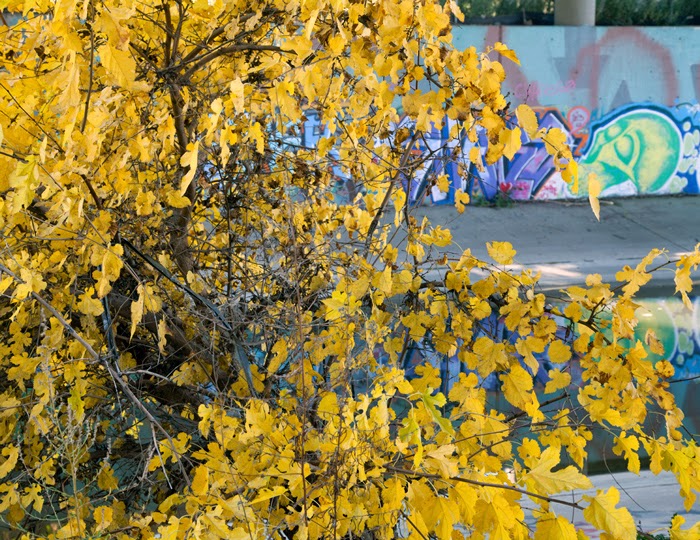 Two young women walk slowing along the canted concrete. They stop now and then to photograph, one with a digital SLR, the other with a cell phone. They seem like students. When I reach them I ask. One says yes, they have come all the way into Milwaukee from UW-Waukesha. 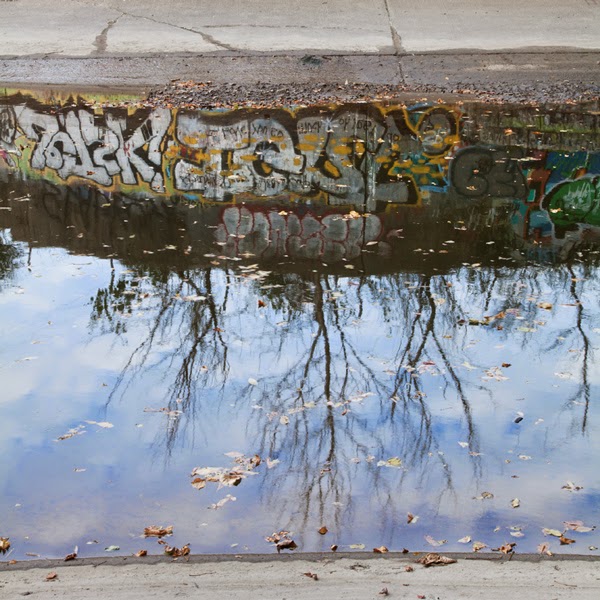 When I explain my own presence as artist in residence their expressions brighten with curiosity. One of them asks if there are any other places they can go to get good pictures. I hesitate, not knowing where to begin. Before I can formulate an answer, misinterpreting my gesture, she responds: “I guess not, huh?”

“On the contrary,” I reply quickly. “There are too many choices to describe them all. That’s why I’m here.”

To allay her sudden bewilderment I mention a couple of locations nearby that I revisit regularly. Then we part, setting off in opposite directions along the railroad tracks, seeking—each in our own fashion—to capture a fragment of this remarkable and complex place in the warmth of an Indian summer afternoon. 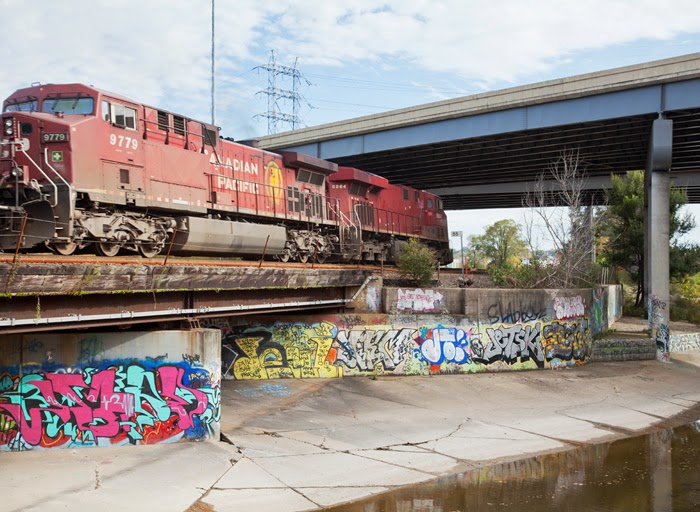 Myriad questions follow me down the tracks: I wonder what drew them to the Menomonee Valley, these two students from suburban Waukesha County? What will it mean to them? What essence of this place will they express in their photographs? Does it speak to them, as it does to me, in a cacophony of overlapping voices?


The Menomonee Valley is a model for economic redevelopment that integrates business and industry with restoration of natural processes. The post-industrial landscape still bears scars from decades of neglect and abuse and yet the new industrial landscape rising among them includes attractive parks and recreational venues. Here is a symbol of new urbanism, a contrary voice of hope in a world we are constantly told is facing imminent environmental collapse. Its story is one of transformation, not merely or even primarily the transformation of the land itself, as significant as that has been. There is a deeper narrative, one rooted in how we as humans relate to the land, how we have changed. 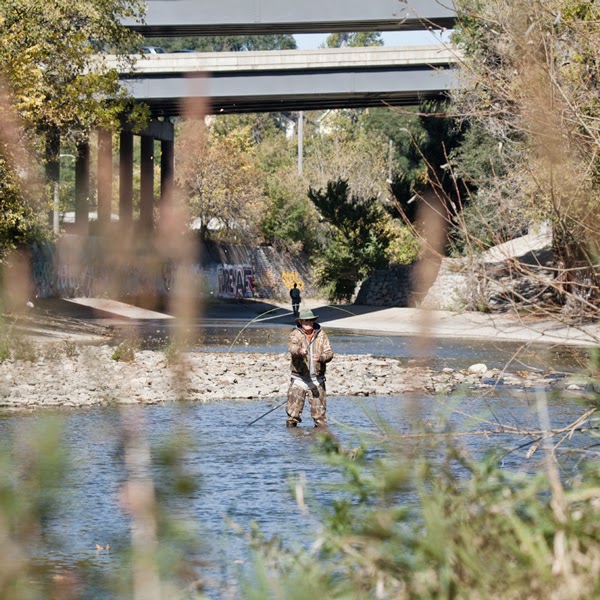 Rebecca Solnit says, “If environmental problems are really cultural problems—about the nature of our desires and perceptions—then a crucial territory to explore or transform is the territory of the mind.”1

What we have learned, here in the Menomonee Valley as elsewhere, is that our actions have consequences that often we cannot foresee. The destruction of a wild rice marsh once seemed so insignificant a price to pay for the growth of an industrial economy that no portion of it was spared. But, slowly, like an alcoholic trying with erratic success to stay on the wagon, we are learning how to live on the earth without destroying it. We are reintroducing natural features into a landscape thoroughly altered by human activity. In the process we are reintroducing ourselves to nature and learning to value its many manifestations, even and perhaps especially in the heart of the city. 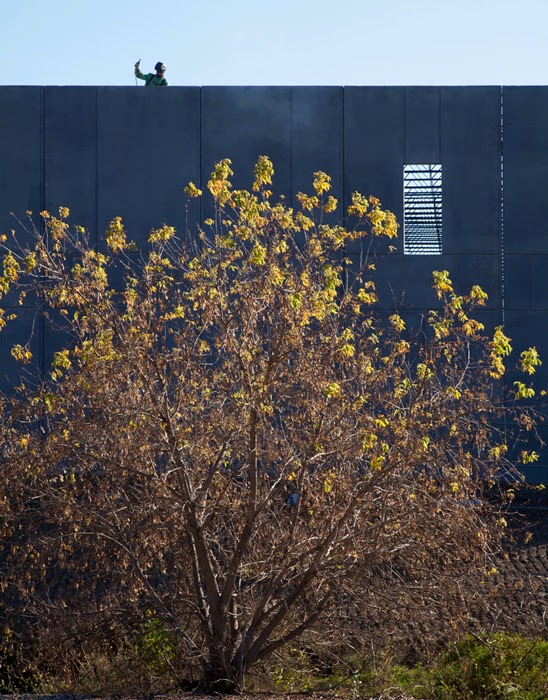 As a counterpoint to common scenarios of environmental disaster, the transformation of the Menomonee Valley can resound as one of the success stories that symbolize the more important changes in the territory of the mind.


“Many…artists have been driven by a moral imperative” to play a role in this transformation, says Solnit. Like many rust-belt regions, the Menomonee Valley has been a magnet for artists. The two student photographers from Waukesha are just the latest to come here for inspiration. Are they here to mine the decaying past or celebrate the possibility of a brighter future?

I concur with Robert Adams who said, “The job of the photographer, in my view, is not to catalogue indisputable fact but to try to be coherent about intuition and hope.”2 Photography has a long tradition of aligning itself with concerns for nature and conservation of wilderness, as exemplified by an earlier Adams named Ansel. But in the late 20th Century Robert Adams and other photographers of the “New Topographics” school began to question the popular wilderness aesthetic. Pointing their cameras at human-altered landscapes, they rejected “longstanding landscape paradigms of the picturesque, pastoral, and sublime.”3 Instead they championed a clear-eyed examination of the land and our often troubling relationships with it. 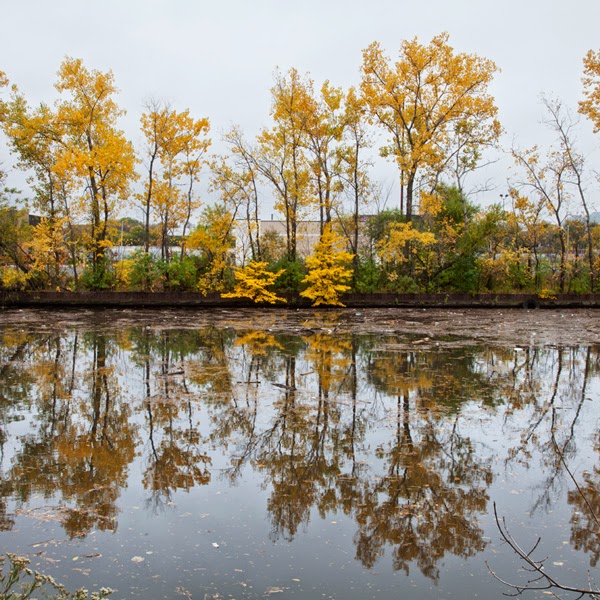 Their efforts, arguably, have contributed a great deal to the still nascent transformation of the mind that is necessary to creating new, healthier and more sustainable relationships with the land. Today, of course, many things have changed, including photography, which is more democratic than ever. New technologies enable more people to photograph anything and everything, everywhere. Like the cacophony of voices that must be deciphered to hear the story of the Menomonee Valley, a multiplicity of overlapping paradigms now prevails in how we perceive our place on the land and in the world.


The romantic view is alive and well, sitting, somewhat uncomfortably perhaps, alongside dispassionate critique. New paradigms have joined the mix. Some of the voices are passionate advocates for change. Some speak of the need for community; others for a resurgence of spiritual perspectives. 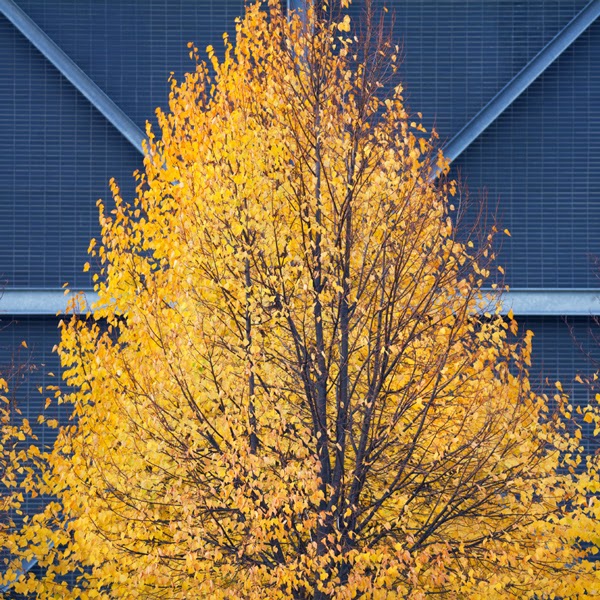 Many of these paradigms are playing out in the Menomonee Valley. Part of my role as artist in residence, I believe, is to try to untangle the various threads of the story and “to be coherent about intuition and hope.” Post-industrial decay is so Twentieth Century. The challenge today is to discover and to reveal the surprising beauty of nature married with progress toward a sustainable future in unexpected places like this.

Forty years ago Robert Adams wrote, “Scenic grandeur is today sometimes painful. The beautiful places to which we journey for inspiration surprise us by the melancholy they produce.” He attributed that sense of melancholy to “the way we have damaged the country.”2 Although by many measures things have worsened since then, I believe there is reason for hope. That hope will be manifested most clearly when young people from the suburbs journey to places like the Menomonee Valley to be inspired, not by graffiti and residual blight but by the burgeoning beauty in the formerly damaged country of the inner city.

That may or may not have happened today but it is why I am here. 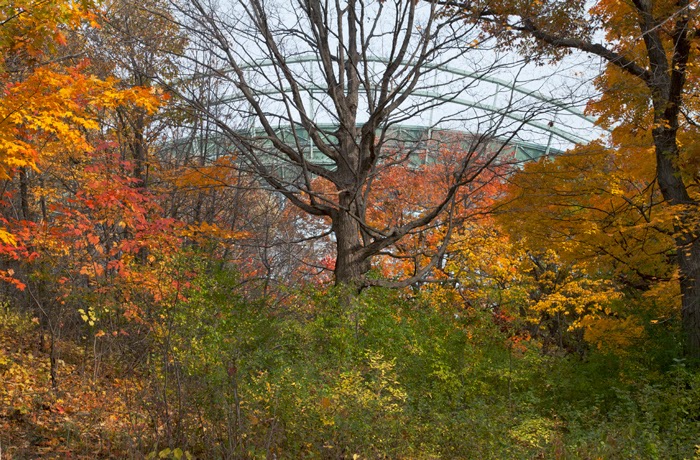