Art abounds in Chicago (as it so often does!)

On Friday I was in Chicago for the opening of The Chicago Project V show at the Catherine Edelman Gallery (which I am in--if you haven't read my earlier post, click here.) Before the opening I had the afternoon free and did a whirlwind tour of the Art Institute, the Cultural Center, and the Museum of Contemporary Art. All three have shows worth seeing.

The Art Institute of Chicago has a new twist on Impressionism. The show is titled "Impressionism, Fashion, and Modernity." The Impressionism part of the show is mostly portraits of women in fashionable and fancy dresses. The twist is the display of actual period dresses, the "Fashion" part of the show. These often are identical to the ones in the paintings hanging next to them. Clever. If you're in the museum anyway, it's worth visiting.

However, the Abelardo Morell show, also at the AIC, is worth the trip from Milwaukee. This sprawling retrospective of a photographer who should be more well known (and may become so) is too large for the basement photography galleries alone. Part of it is in the new wing of the museum. 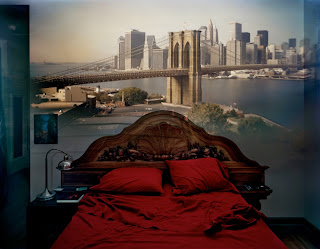 Morell's claim to some fame is his imaginative and distinctive use of the ancient principle behind the camera obscura, like the one above. These are well represented in the smaller portion of the exhibit in the new wing. I'd seen some before and it was nice to revisit them. 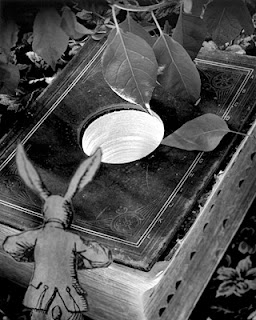 What I especially liked was seeing his older work, which was new to me, like this illustration for Alice in Wonderland. These fill all three of the basement galleries. 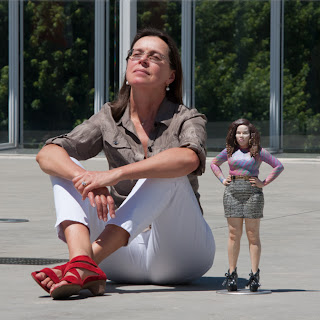 If you go, make sure to go up to the rooftop patio of the new wing. There you'll find five of Tomoaki Suzuki’s tiny bronze people and also, most likely, lots of life-size people posing with them. Watching the interaction with the sculptures was fun. 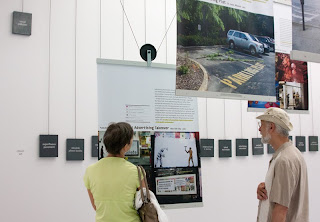 Taking up all three of the ground floor galleries at the Chicago Cultural Center is another sprawling exhibit called "SpontaneousInterventions: design actions for the common good." You could spend days in this exhibit and not exhaust what it has to offer. It provides serious civic lessons for "the common good," as well as sufficient interactive and visual stimulation for audiences of all ages. 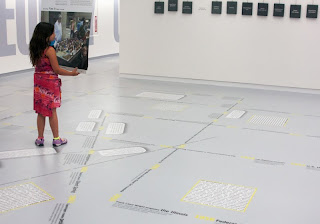 Upstairs in the second floor galleries is another interesting show called "Modernism’s Messengers: The Art of Alfonso and Margaret Iannelli – 1910 to 1965." It is a surprisingly diverse collection of early twentieth century commercial, graphic, industrial, and architectural designs. 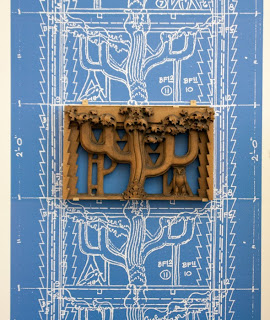 Finally, there are several shows at the Museum of Conemporary Art. The one I was most interested in seeing is called "Think First, Shoot Later: Photography from the MCA Collection." As the title suggests, the show is about conceptual photogaphy. It seemed to me that "conceptual photography" was rather generously defined. The usual suspects are included and if you've kept up with MCA photography exhibits, there will be few surprises: Jeff Wall, Cindy Sherman, Andreas Gursky and many others. 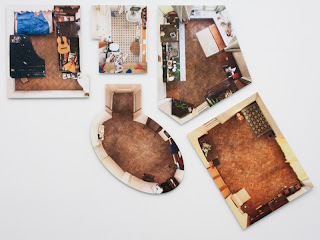 In another part of the museum I came across this unfamiliar piece of digital photography by two artists whose names I didn't recognize: Jan Smaga and Aneta Grzewzykowska. Nice.

Fans of Theaster Gates, who had an exhibit at the Milwaukee Art Museum a few years ago (?), will want to see his "13th Ballad," which is installed on the top floor of the MCA.

Check the links for exhibit dates and other information.