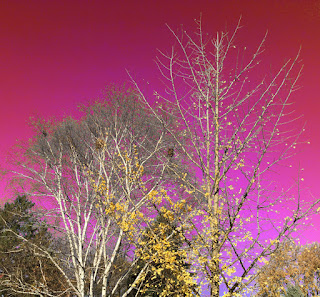 For the past two days since the election I have not slept well. I wake up with headaches and a very real sense of disorientation. I look out the window expecting to see a red sky, as if the physical world must have changed along with my interior one.

There have been moments in the past like this one, when I have heard news that I knew at once--in my gut more than my intellect--that nothing would ever be the same again. Yes, the Kennedy assassination. The fall of the Berlin Wall. 9/11. The deaths of my parents.

My gut feeling may be wrong. Perception does alter reality, but that is an internal struggle. I know that approximately half the country may have reacted much as I am reacting now if my candidate, Hillary Clinton, had won. That contributes to my disorientation. I must hope that the fears generated by the campaign are not realized in coming months and years....

The fact that nothing has actually changed and that the sky remains blue this morning is almost as surreal as the image of the red sky my imagination has fabricated. But my mental and digitally altered images has put me in mind of that old sailor's proverb: "red sky in morning, sailors take warning." 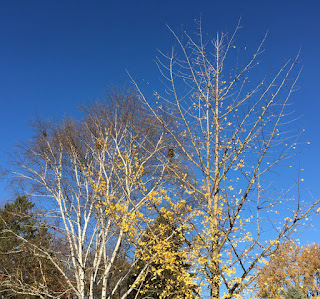 ps. Hoping is not the same as being optimistic. For a less nuanced reponse to the election I recommend Aaron Sorkin's, written in the form of an open letter to his daughters. Click here.
Posted by eddee at 7:22 AM