Fittingly, we arrived in Madison this morning in dense fog. 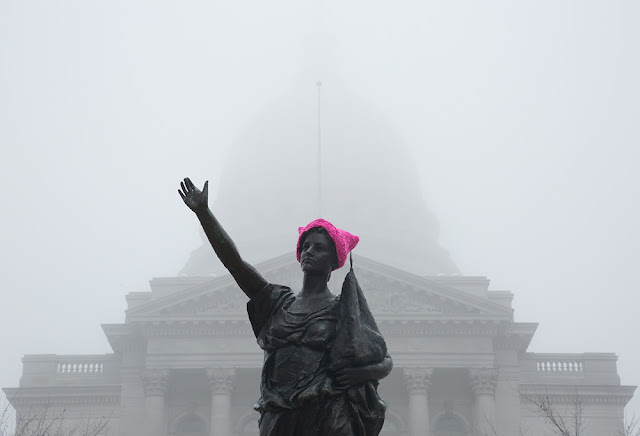 As people streamed around both sides of the Capitol and down State Street to the assembly point on the library mall of the UW campus, someone put a pink pussy hat on the statue that represents "Forward." 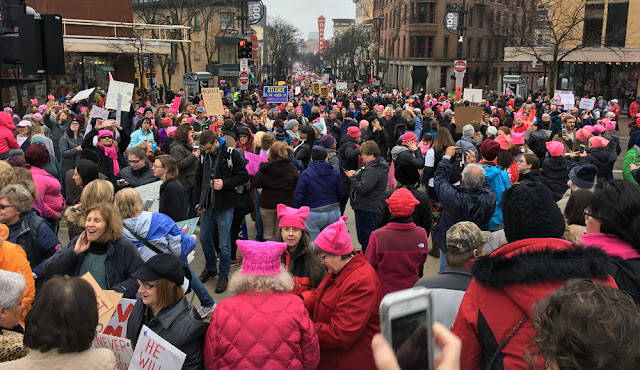 Hundreds more people continued to arrive even as the beginning marchers came up State Street.

As the crowd spill around the Capitol, more marchers continued to try to move up State Street. At some point there got to be too many and no one could move further. The Capitol square filled up and State Street was still full of people all the way back to the campus.

Police estimates vary between 75,000 and 100,000 people who attended today's Madison WI version of the Women's March on Washington.

As I post this the sister marches website has identified 673 marches in cities all over the world and estimates well over 4.5 million marchers. 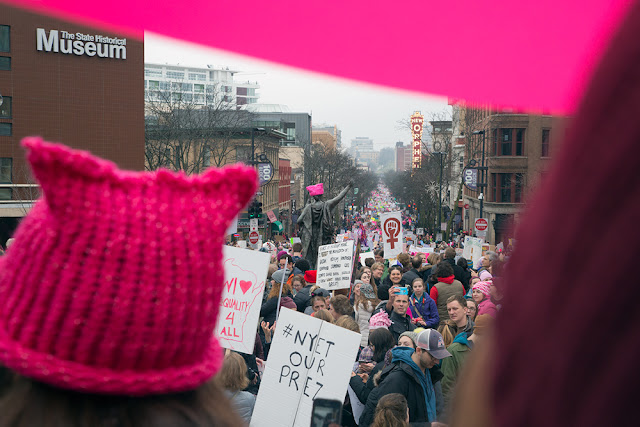 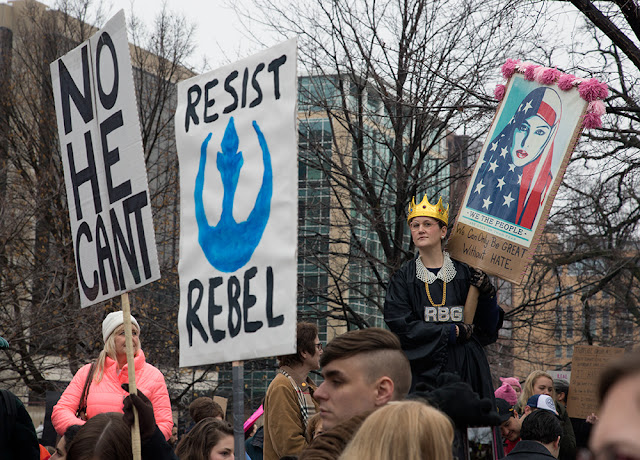 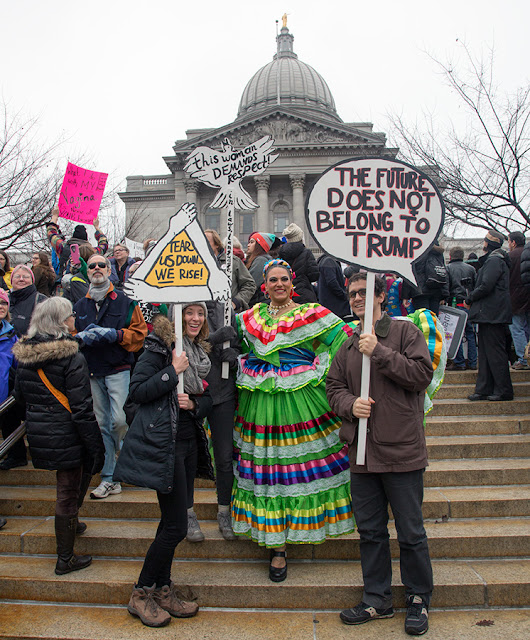 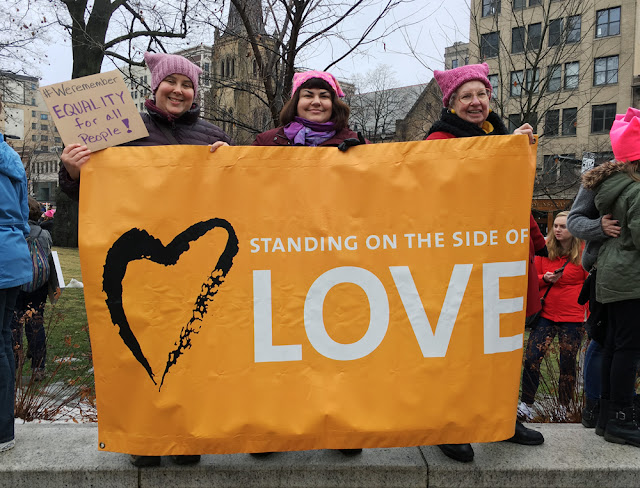 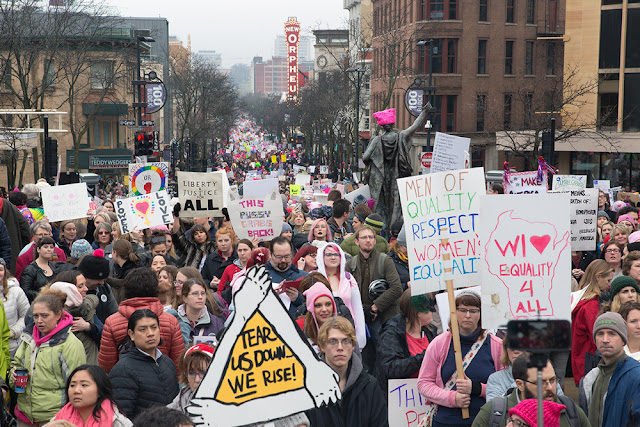 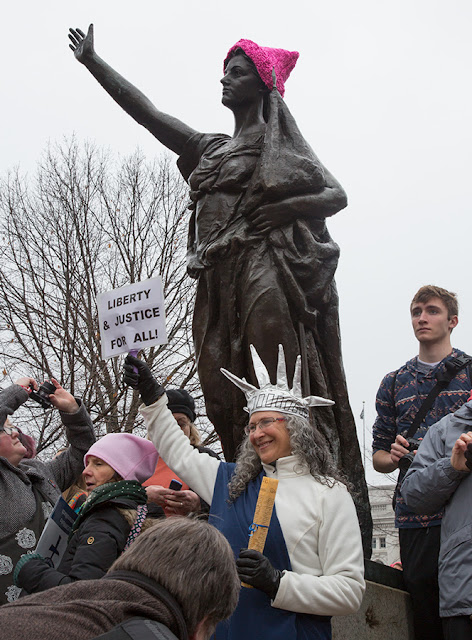 As the day progressed the fog gradually cleared. There was great excitement amongst the crowd. However, as one of the speakers told the multitude, a march is not a solution. Solutions will begin when everyone returns home and takes a stand, day after day.