Valencia does Calatrava in a BIG way! 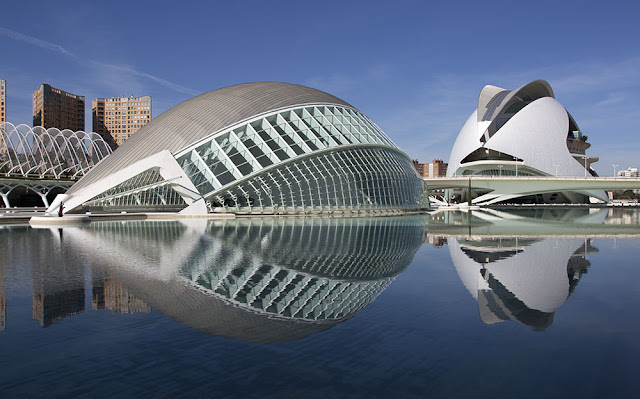 Valencia is on the Mediterranean Sea on the east coast of Spain. Milwaukee is on Lake Michigan on the east coast of Wisconsin. Valencia and Milwaukee, with metropolitan areas of about 1.5 million, are approximately the same size. Aside from those two facts, the two cities have almost nothing in common. Oh, except we do have Calatrava. 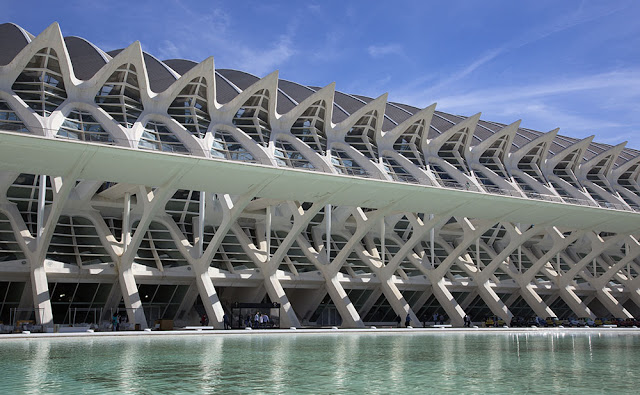 The difference is, while Milwaukee is justifiably proud of its iconic Calatrava-designed art museum, the suite of buildings that world-renowned architect designed for his home town make our single structure look downright puny. Yes, there are people in the photo of the Science Museum above to give it scale, though you'll have to look closely. The Milwaukee Art Museum's Calatrava wing could fit inside this building--with its wings open--and there would still be room to spare. But wait! There are four more buildings in what is known as the City of Arts and Sciences--along with two bridges. 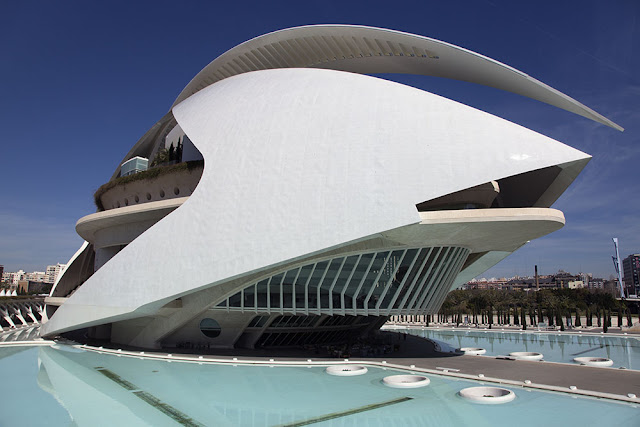 The opera house (above) looks like some kind of alien spaceship out of Star Trek has landed in this medieval city. In fact, nothing in Valencia--or pretty much anywhere else--prepares the unsuspecting visitor who happens upon this futuristic assemblage of structures. Allow me to take you on a tour...

Panoramic view with the Planetarium in the left foreground and the double arcade called L'Umbracle on the right. 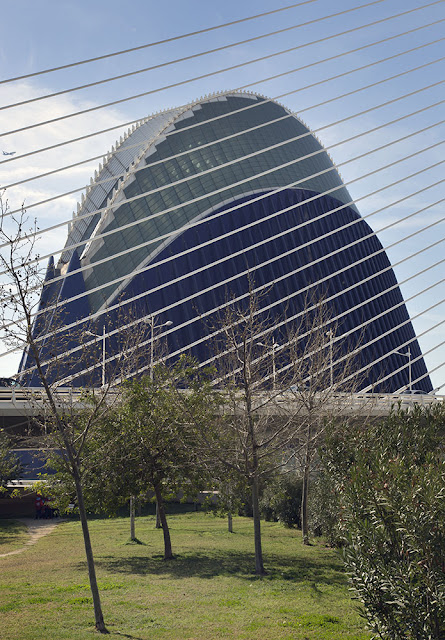 The Agora, a concert and exhibition hall, seen here through the cable stays of one of two Calatrava bridges that cross over the complex, which is in a park setting that is below the surrounding city. 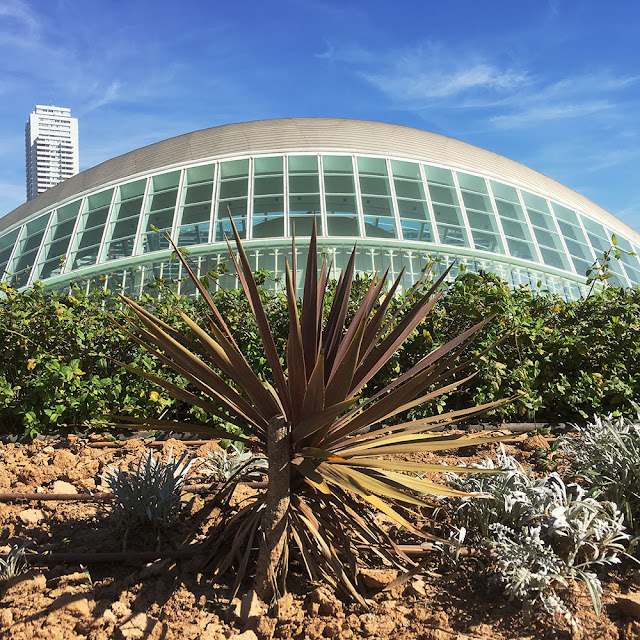 The dome of the Planetarium seen from the promenade of L'Umbracle. 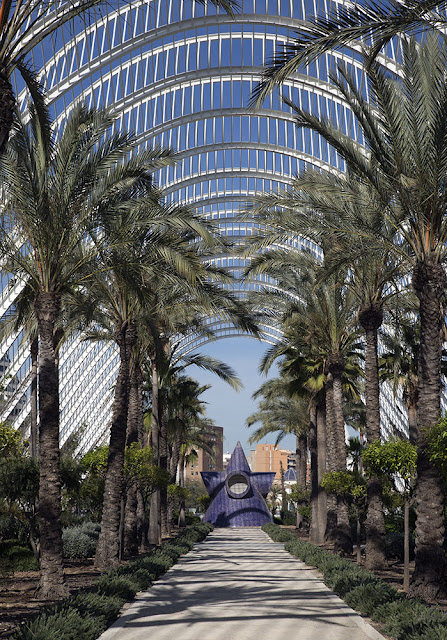 The open arcade of of L'Umbracle, which sits atop a parking garage, is a rigorously ordered botanical garden... 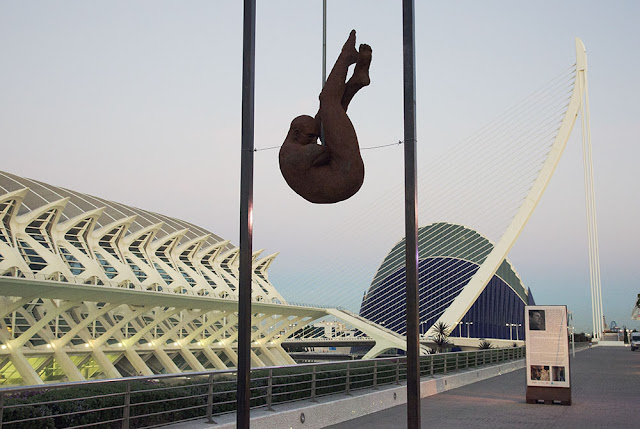 ...and the promenade doubles as a showcase for contemporary sculpture. The installation on view when I was there was by an artist named Rogério Timóteo. Behind the sculpture you can see (left to right) the Science Museum the Agora and the asymmetrical cable-stayed bridge. 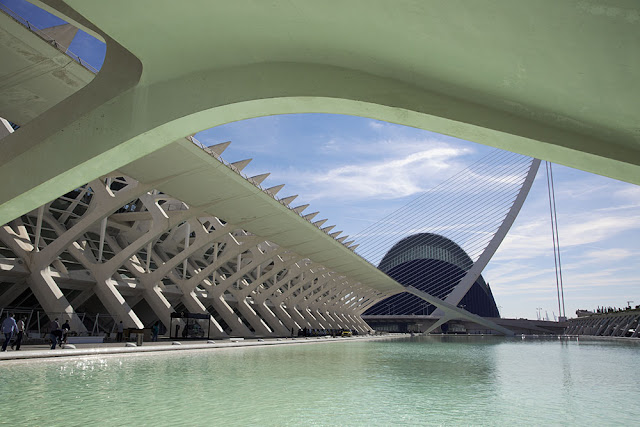 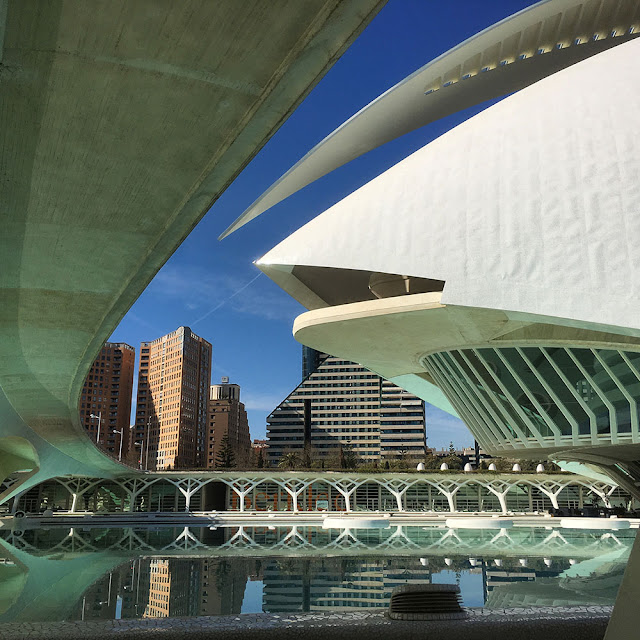 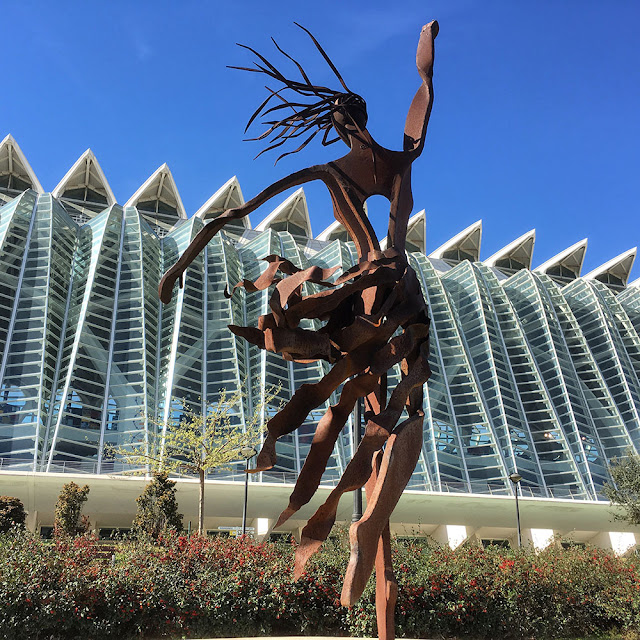 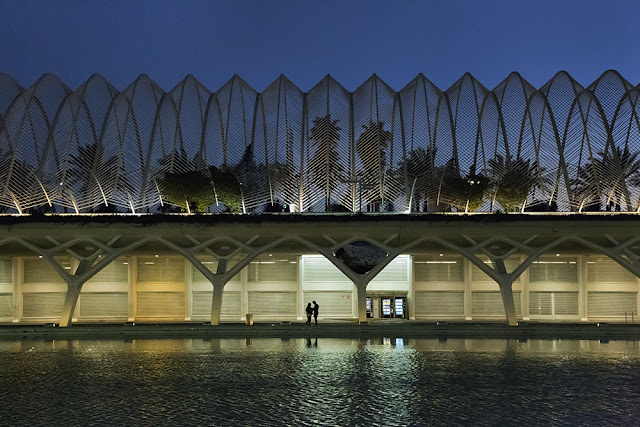 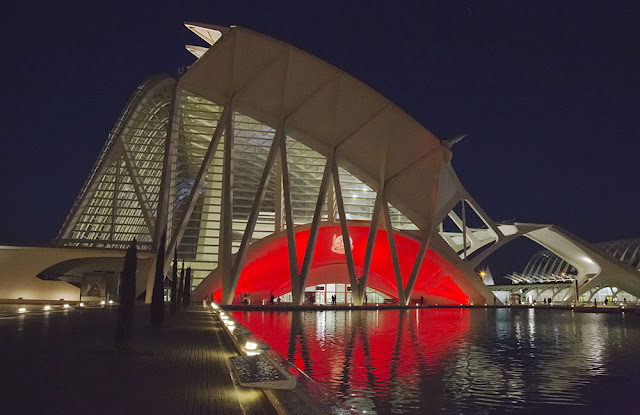 The Science Museum after dark. 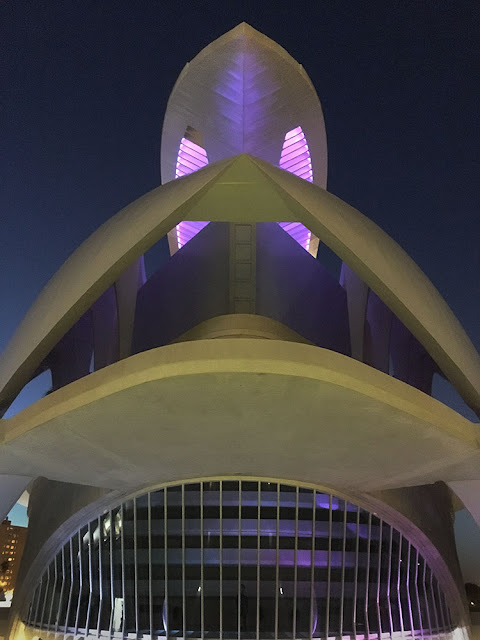 And the opera house... whew! I was there and it's still hard to believe it's real.

Stay tuned. These Calatravas in Valencia were spectacular, but Barcelona has Gaudí. I'll show you those soon.

Meanwhile, if you missed my review of the Miró Museum, click here.