The Riverwest Artists Association presents an exhibit called Distressed Structures - The Weathering of Ecology at its Jazz Gallery with an opening on Friday, January 23.

This group exhibit has been curated by C. Matthew Luther, MIAD instructor and newly appointed president of the Riverwest Artists Association. I have the honor of being among the five featured artists. My work includes this portrait of Milwaukee Riverkeeper, Cheryl Nenn, who will also be giving a presentation at the gallery (see below). 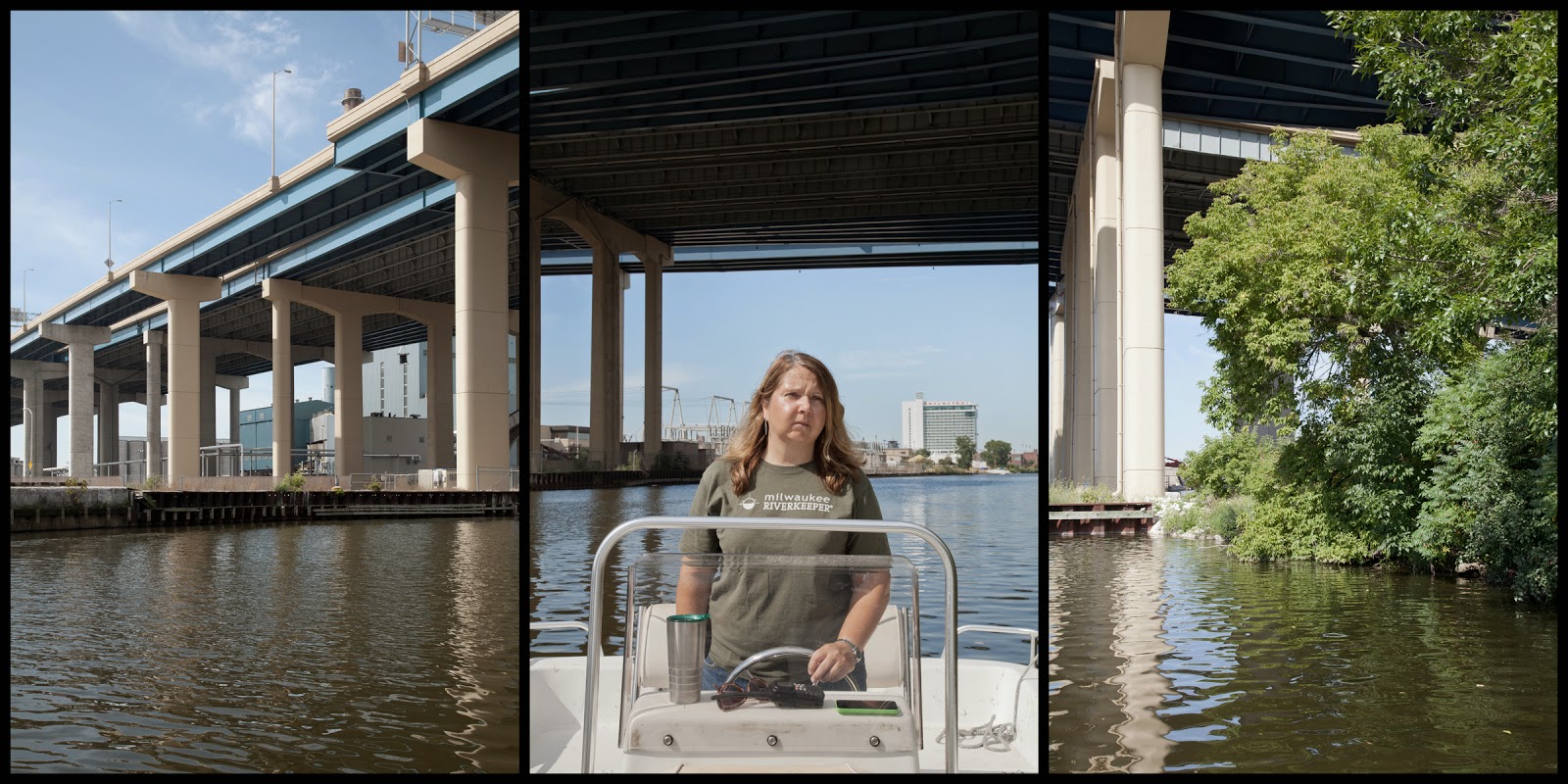 Here is his description of the show:

Distressed Structures is a transient glimpse at Milwaukee artists who use ecology as a literal or conceptual theme in their work. Artists around the world produce art that questions our consumer culture and ideas of the landscape. This exhibition takes a look at local artists that use nature as a form of dialogue about the human relationship to the physical, temporal, and ephemeral affects of ecology.
On the one hand, there is certainly no shortage of picturesque landscape paintings and photographs to adorn the walls of country homes. On the other hand,  there is a continual evolution in our understanding of how we view the landscape through the lens of art and what pictures mean. We need to examine the history of nature and the history of the painted, photographed, and sculpted landscape, along with current ecological theory as one continuum. The two have become intertwined. The pictorial landscape must now position itself within not only the history of art and painting, but history itself, land use, the rise of environmentalism, sustainability, and the social value of nature.

All are free and open to the public.

Order and disorder: The arts go long in Boston