The marsh was burning. I’ve known for some time about changing forest management practices. I knew that controlled burning is now widely accepted as a method to control invasive species as well as to prevent uncontrolled, destructive wildfires. But it hadn’t occurred to me that a wetland would burn. 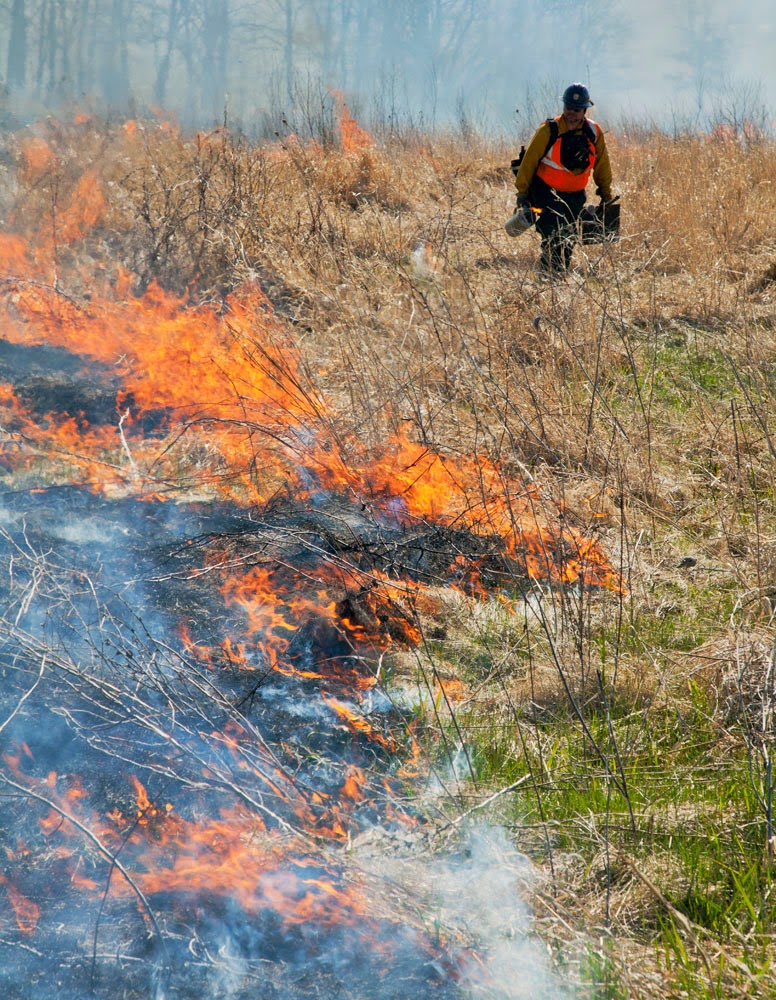 I was in Horicon Marsh National Wildlife Refuge with my friend Charlie. We happened upon a crew in the midst of a controlled burn authorized by the U.S. Fish and Wildlife Service. Traveling around the marsh we noted many areas that had been visibly burned, some quite recently, others during the past year. Evidence of burning became one of my photographic themes during our odyssey. 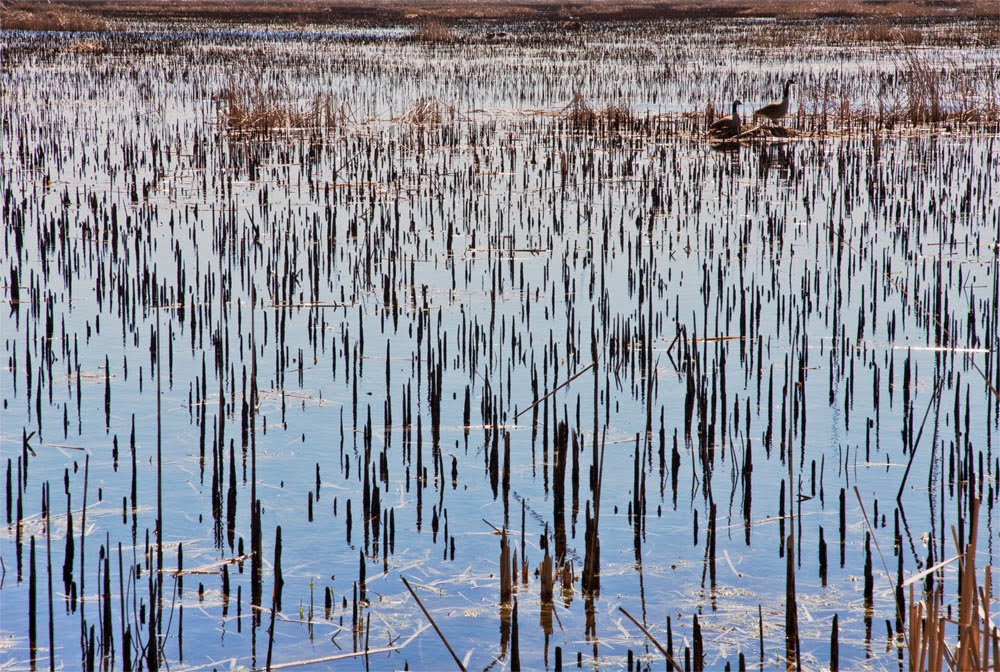 Charlie is a poet. We share similar values, including a reverence for nature, and we like to get away together now and then to soak up some of it. We usually choose a place within a couple of hours drive that is near a park or natural area. Horicon Marsh, the largest freshwater cattail marsh in the U.S. and less than an hour from Milwaukee, easily fits the bill. 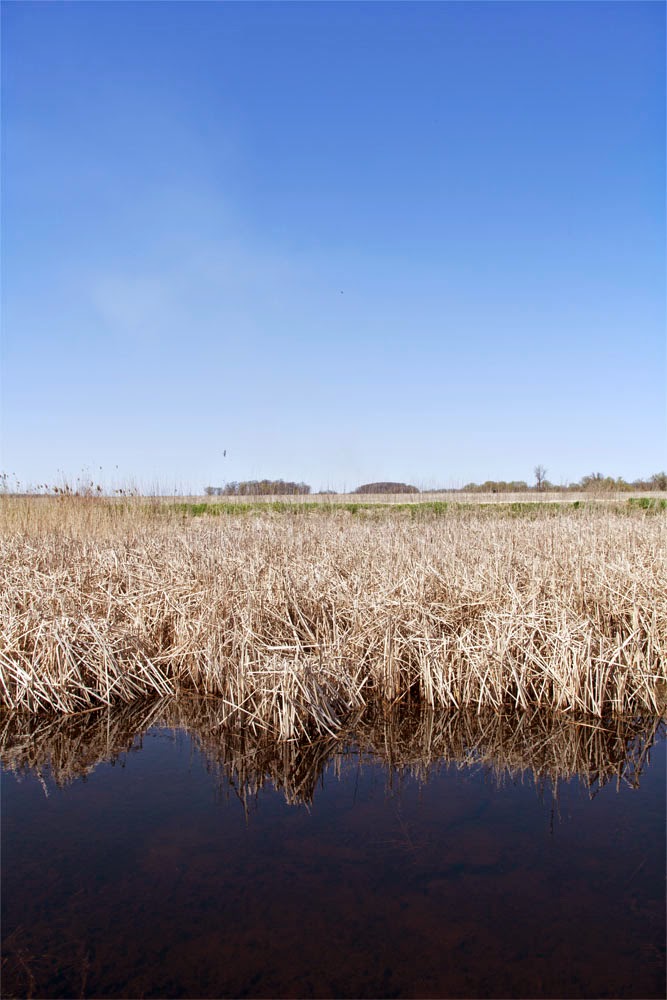 We dawdled for two days, walking trails in several parts of the marsh. As will become clear when you read Charlie’s poetic contribution below, I did more walking than he did. We stopped at both the federal and state visitor’s centers. Yes, there are two contiguous sanctuaries, the State Wildlife Area as well as the National Wildlife Refuge. Not that you can tell by looking at the topography (although we humans couldn’t leave well enough alone—a dike roughly coincides with the boundary.) 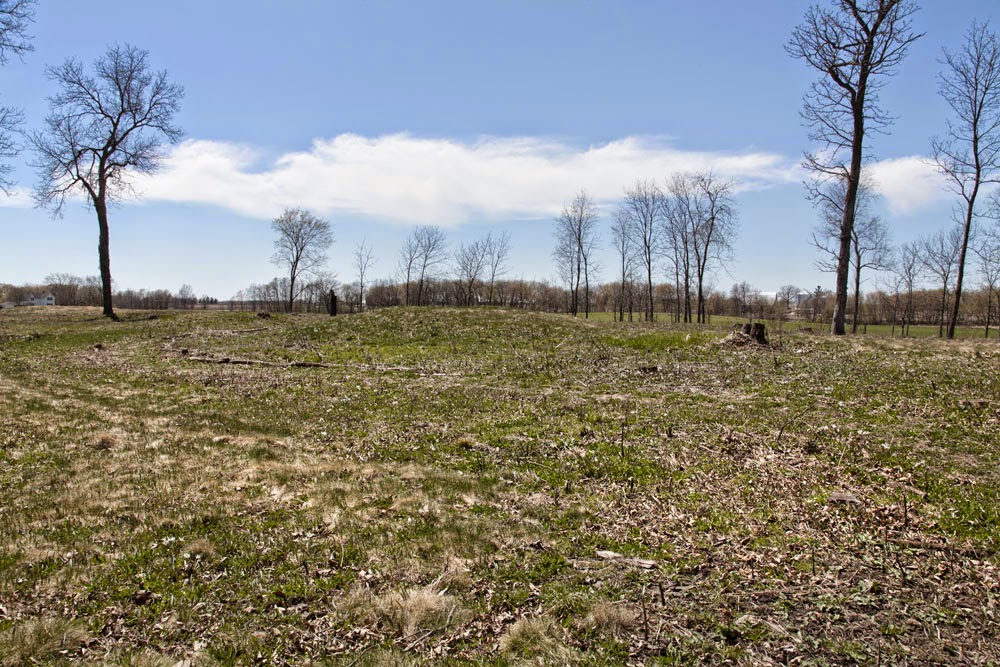 By the second day we had circumnavigated the entire marsh, both state-owned and federal. We even discovered Nitschke Mounds County Park filled with dozens of ancient, but un-photogenic, Indian mounds (above). Unlike the wildlife refuges, which were popular, we had the mounds to ourselves—and the thousand-year-old spirits of Late Woodland Culture effigy mound builders. 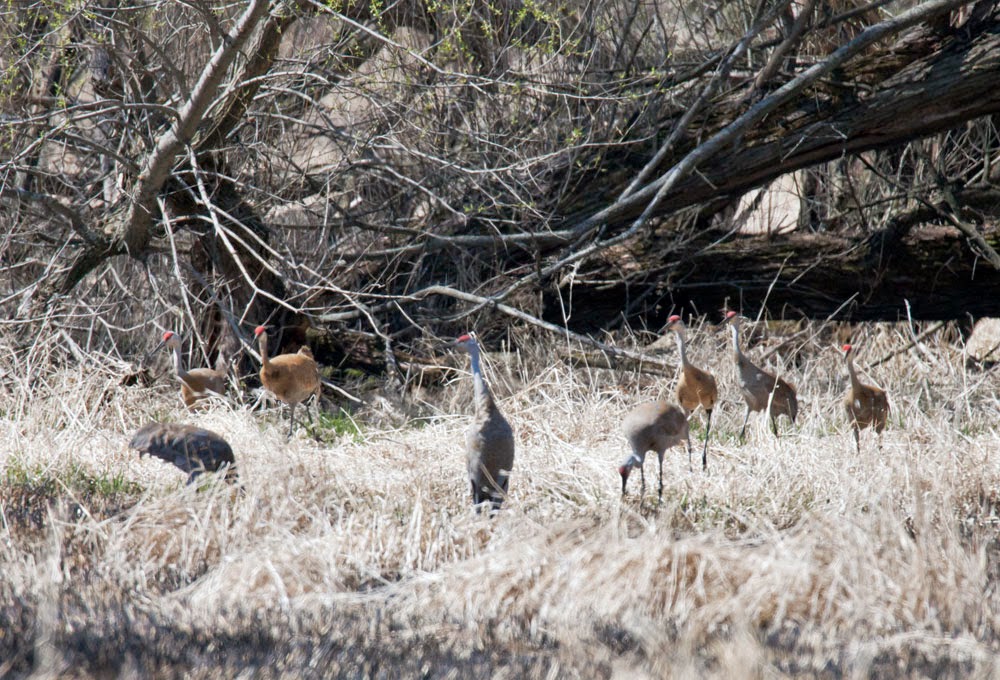 People often visit Horicon to see the birds and we certainly saw plenty, although migration was far from peak. We saw mostly the ubiquitous Canada geese and a variety of ducks. I also tallied a flock of Sandhill Cranes (above), a couple flocks of swans, a deuce each of prairie chickens and wild turkeys, bluebirds and some kind of swift. Plus numerous unidentifiable (by me) other birds. 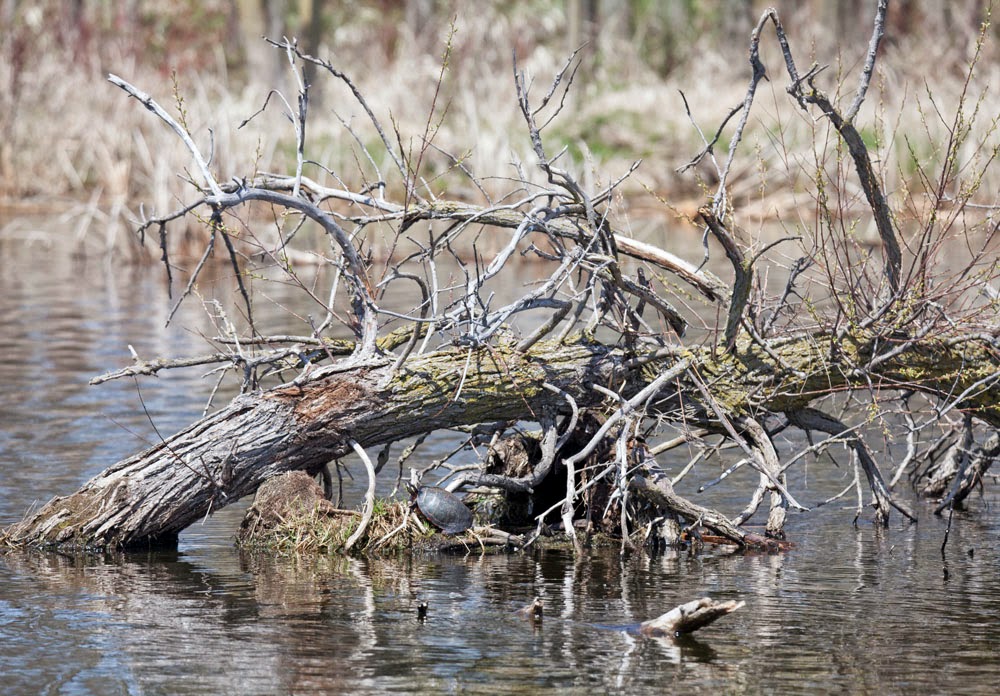 And 16 turtles. You won’t see many birds in the photos. Gotta admit I’ve never been patient enough to be a wildlife photographer. Turtles are sitting ducks, so to speak, so I caught a few of them. Mostly I focused on my customary and oppositional themes: revealing the enchantment of nature near my urban haunts and finding traces of humanity’s presence in natural landscapes. The burns were an enthralling bonus. 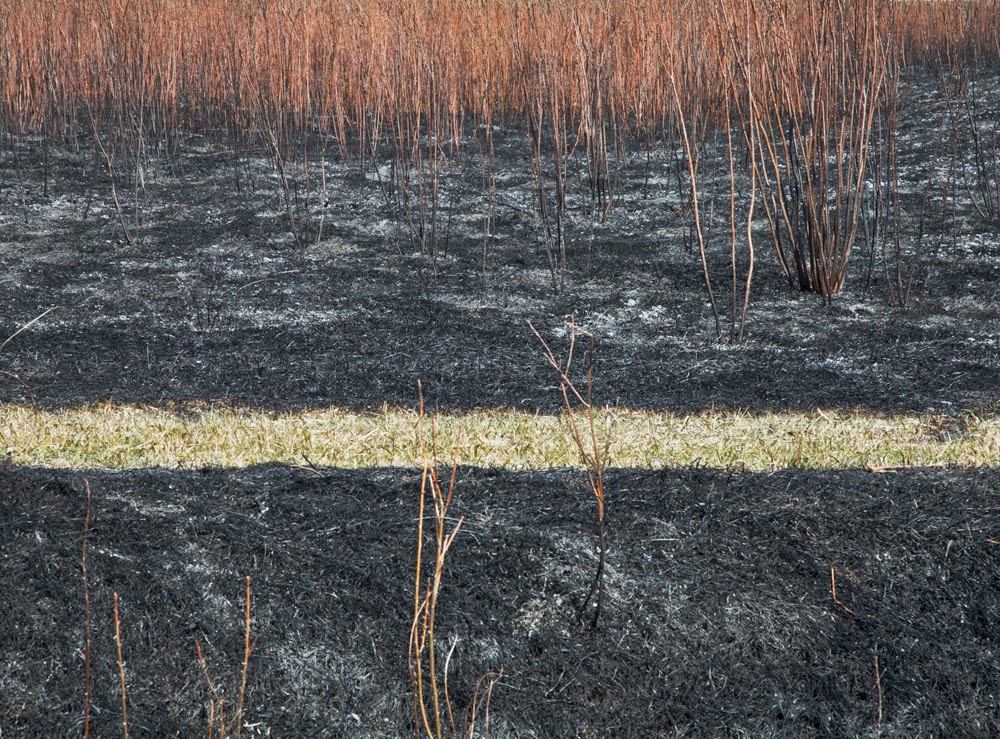 Goose honk and bird chirp,
the blue-brown landscape
of marsh grass and water,
a few dead trees scratch the sky.
This is a place for birding,
but I’m here for loafing.
I’m good at it, lying here
with my head on a rock.
The afternoon sun, warm
on my face and jeans,
blue bird atop the blue bird house,
turkey vulture overhead.
Times like this I realize
if you stay still and wait long enough,
nature comes to you. 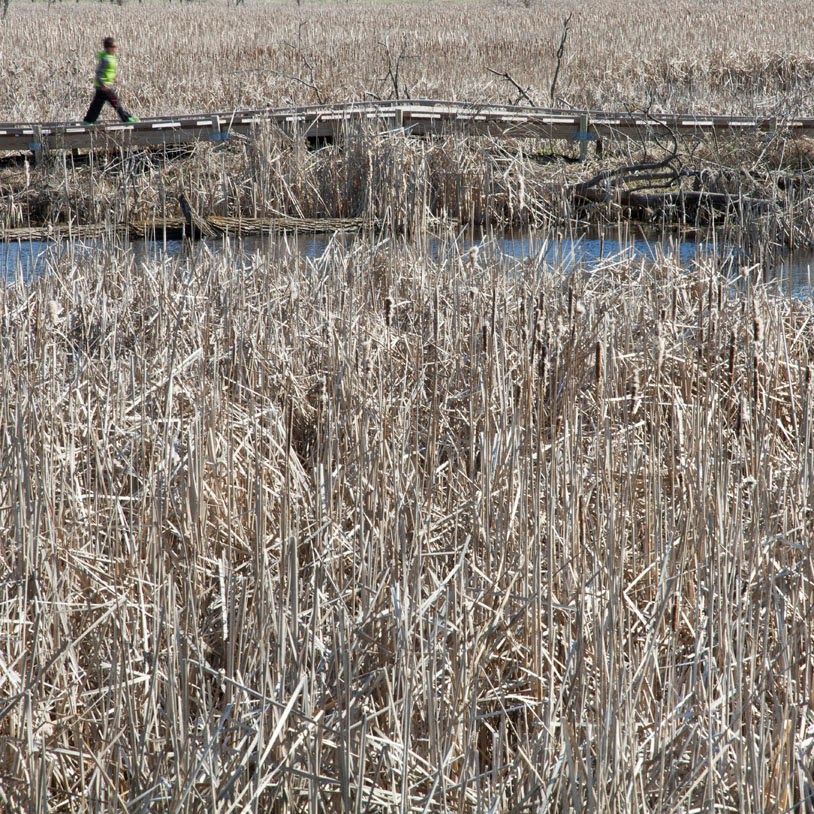 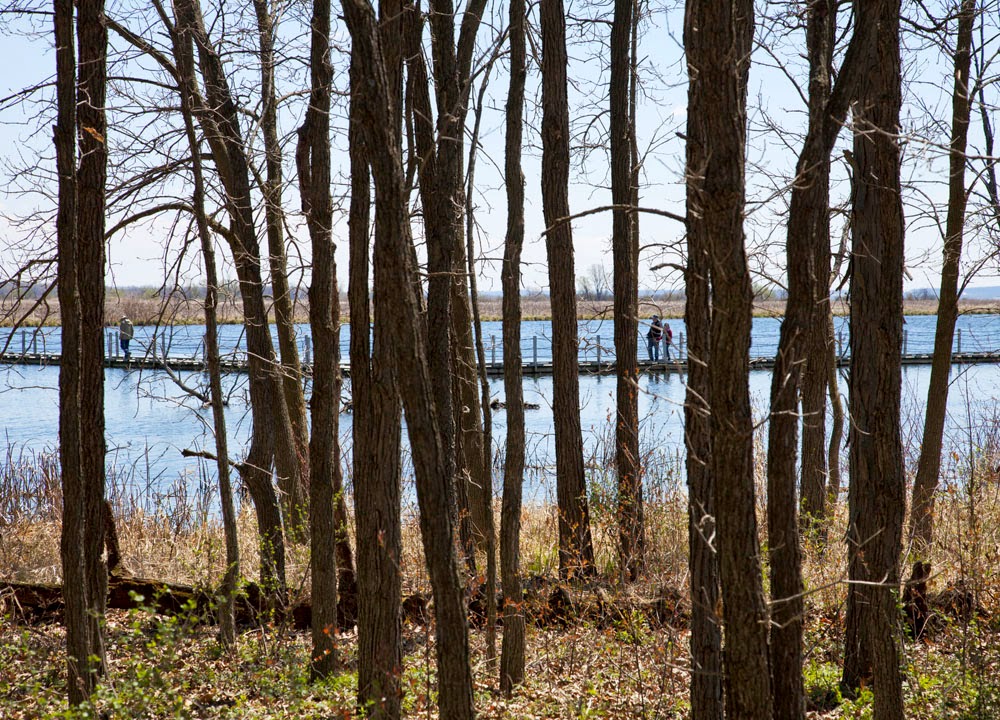 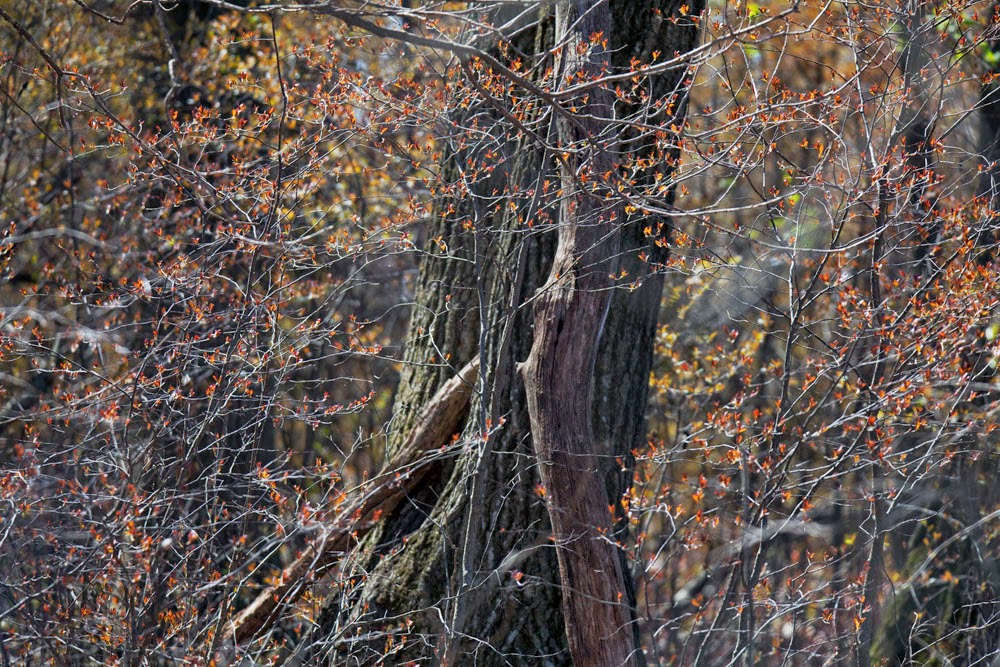 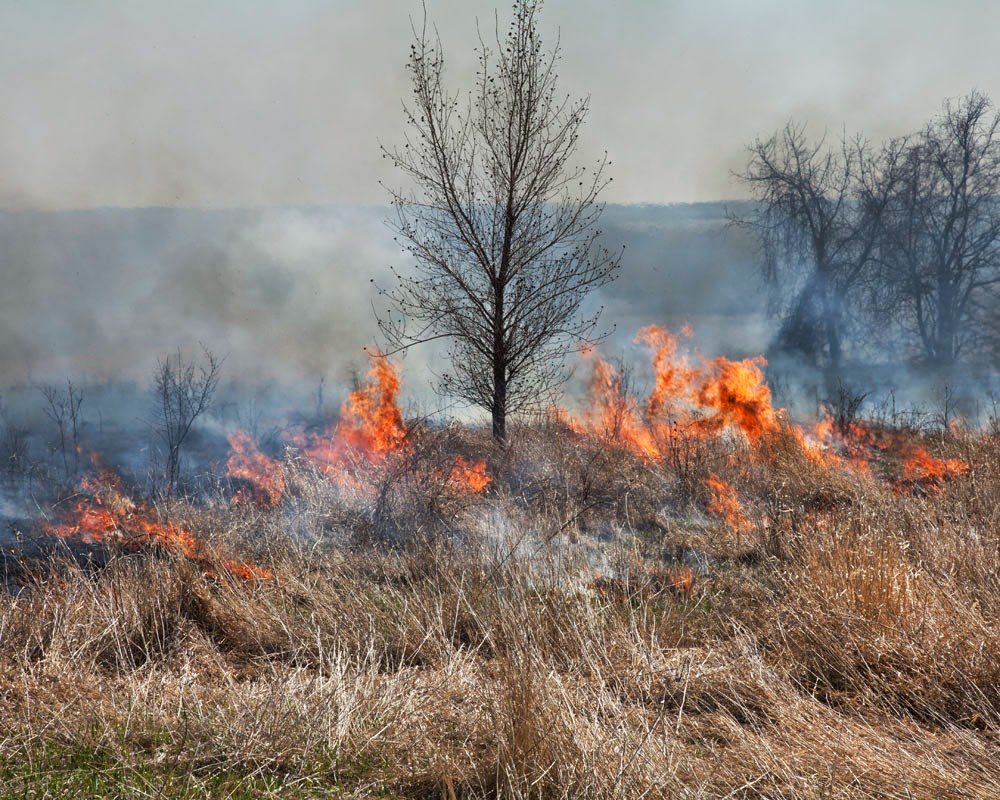 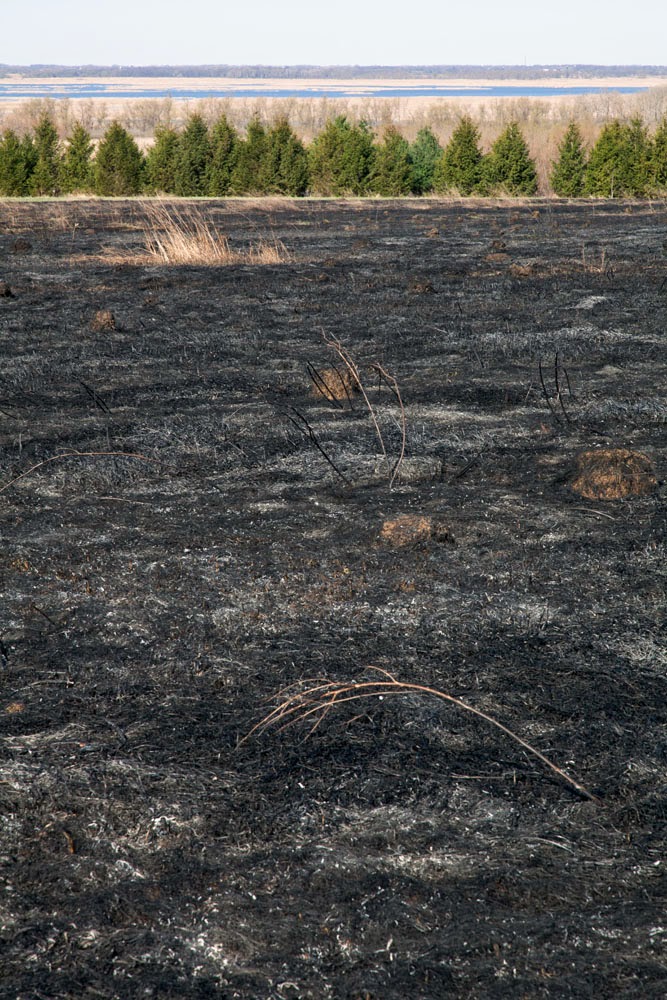 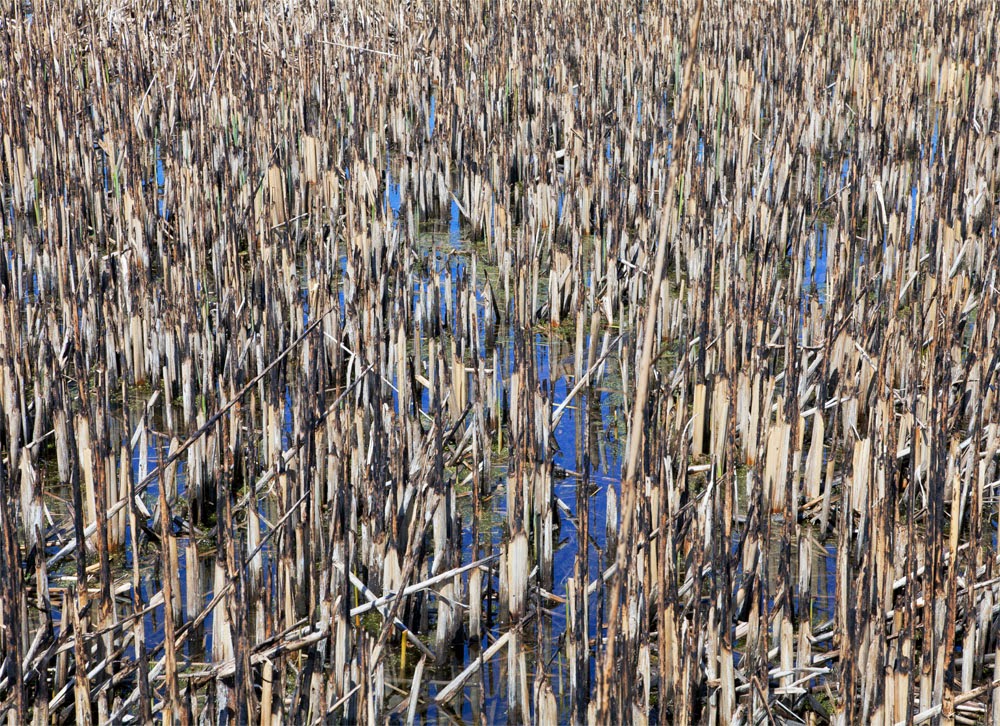 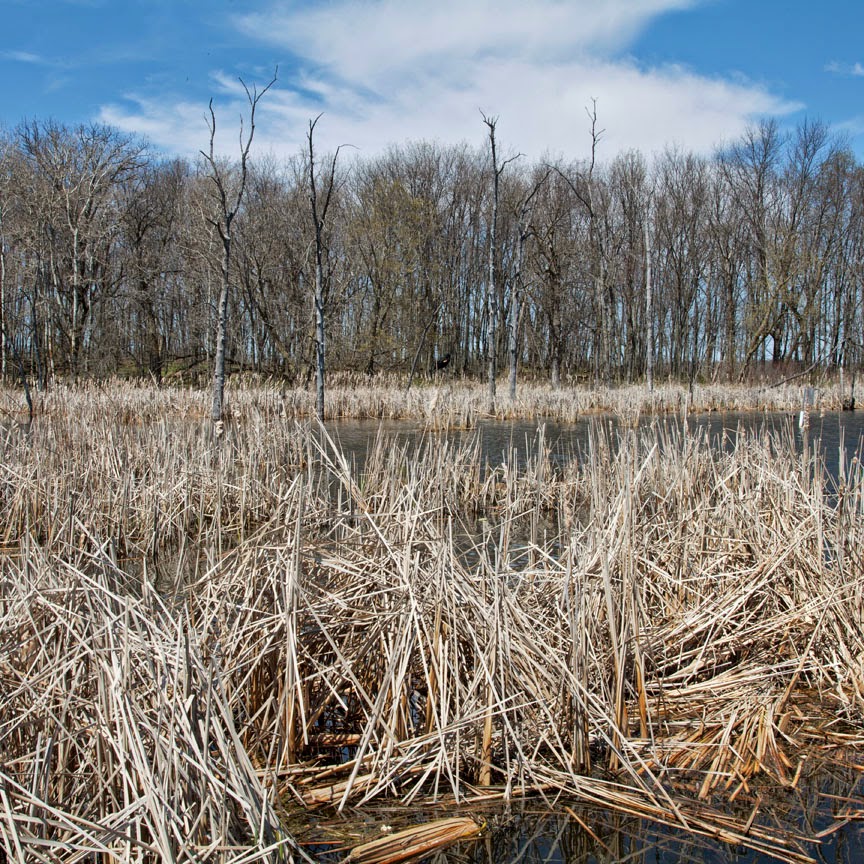 To see more photos go to my flickr album.