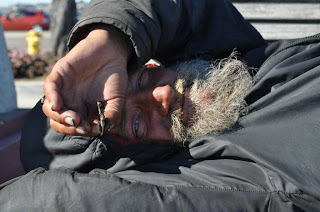 Shay Kelley is 25 and she's homeless. Instead of becoming another statistic, she chose to become an advocate for other homeless people. She's on her way to visiting all 50 states in 50 weeks, collecting food and not a small amount of attention along the way. The food she donates to shelters and food banks. The fame she uses to leverage more action to help homeless people. She has 14,000 "friends" on facebook but she insists that those numbers mean nothing if people don't DO something about homelessness.
I heard the story on NPR (gotta love those stories on NPR, hey!). Click here to check that out.

Or go to her website. She's a photographer, so the site is full of her images, which are of all kinds of things she has seen on her route through the 50 states. The two here are samples from California. Arts Without Borders salutes Shay Kelley. I predict she won't be homeless long after she finishes her project in December - though she claims she can never live a "normal" life after living in her pickup for 50 weeks. (Oh, to be 25 again!) 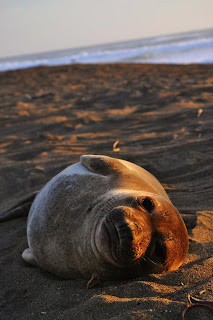