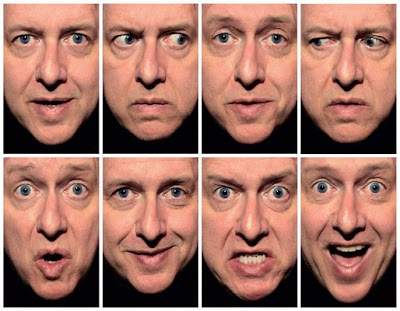 Details from "Love Disorder" by Bruce Charlesworth
The Wisconsin Triennial at the Madison Museum of Contemporary Art opened on May 21st. The event hit all the right notes, literally and figuratively. The friendly museum staff was dressed in regulation black. The dramatic glass lobby/stairwell was graced with jazzy notes that stayed discretely in the background. The cash bar was elegantly appointed with slender stemware. The crowd was thick and bubbled with conversation. And, of course, there was the art—the evening’s raison d'être—which, true to form, was sufficiently high brow to satisfy the crowd in attendance.

It was a lively event and encouraging. In trying times it’s nice to know that art matters to so many people.

I enjoyed the show, which is strong and—in some ways—diverse. The museum’s catalogue describes it as “a survey of contemporary art… [that represents] the varied artistic directions Wisconsin-based artists explore on a daily basis.” It includes “collages, drawings, films, installations, paintings, performances, photographs, prints, sculptures, and videos.” Whew! But wait – there’s more: that long list of categories doesn’t begin to describe the broad range of styles that also are represented in the show. It is refreshing to see that the curators had neither a stylistic bias nor a penchant for the newest trendy medium.

The remarkable diversity does break down on some levels. Geographically, the “Wisconsin-based artists” skew towards Madison and Milwaukee. The work predictably leans to the academic, a character that’s consistent with at least the last few triennials. And, although a few of the artists have names that suggest something other than a mainstream cultural background, with minimal exception the work itself didn’t give much voice to cultural diversity.

This is even true, for example, when Tom Jones makes his Indian heritage an explicit conceptual conceit. His highly abstract, 40 x 40 inch photographs have titles like “Blue, White, and Red.” At first glance they call to mind the Dadaist paintings of Jean Arp. Closer inspection reveals that we are seeing small plastic toy figurines from underneath a glass table. This feels like a satisfyingly surprising plot twist in a narrative; a reward for paying attention—and reading the artist’s statement. For it is only there that we find out that the figurines are toy Indians instead of more common toy soldiers. Jones calls the series “I am an Indian First and an Artist Second” but to me the work itself—which I like—reverses that order.

In an overall enjoyable show, there are a few exceptional pieces, in my opinion.

Bruce Charlesworth rates—and deserves—a room to himself with an interactive video installation entitled “Love Disorder.” The room itself is large but feels enclosed because it is painted an intense red and black. It is dominated by an enormous screen depicting a tightly cropped man’s face. According to the catalogue copy, when one first enters the empty room the man will say soothing and welcoming things. As you get closer, though, he begins to react; his features and words become agitated, then menacing. During the opening, the full effect was unfortunately diminished because the room was never empty. The gargantuan visage repeatedly urged the milling throng to leave.

Melissa Cooke also uses monumental scale to advantage. From a distance her 50 x 38 inch graphite drawings of women’s faces look like black and white photos. Posture, expression, and marks of abuse on those faces take them beyond the realm of portraiture and into sober social commentary.

The most overt reference to contemporary global concerns comes from a series of dark, monochromatic screen prints by Santiago Cucullu. Combining a familiar vocabulary of layered shapes and lines ranging from rectilinear to paint-spattered with fragments of recognizable cultural iconography, he effectively expresses the turmoil and conflict of post-reunification Germany.

The exhibit continues through August 15.

I’d love to hear what others thought of the exhibit, or what your favorites are.
Posted by eddee at 8:18 AM