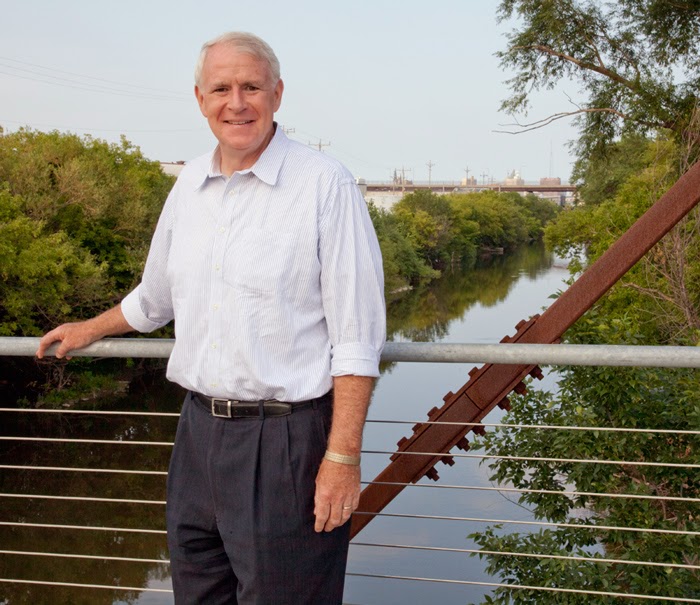 Yesterday, July 30, Mayor Tom Barrett led a group of over 50 people on a walk through Three Bridges Park in Milwaukee's Menomonee Valley. It was the latest lap of an effort to "Walk 100 Miles With the Mayor" that began, according to the City's website, 50 days ago. Mayor Barrett has reputedly walked 158 miles in that time. Presumably he added at least a couple more miles walking from one end of Three Bridges Park to the other and then back again.

The affair was well documented, as I expect are all events the Mayor attends. I joined a sizable cadre of camera-wielding participants, some more official than others. Here are a selection of images I captured of the Mayor's leadership as pedestrian-in-command.

Please go to Urban Wilderness for the photo essay.


This post is one in a series that relates to my Menomonee Valley Artist in Residency. For more information about the residency and links to previous posts and photographs, go to MV AiR.