I don't actually keep a bucket list, but if I'd had one the Dana-Thomas House in Springfield, Illinois, would have been on it. Having been to Wingspread, Taliesin, the Robie House and Fallingwater (among sundry other examples of his oeuvre) one might think I'd seen enough Wright houses. And since I quit teaching architecture three years ago there was no pressing need. 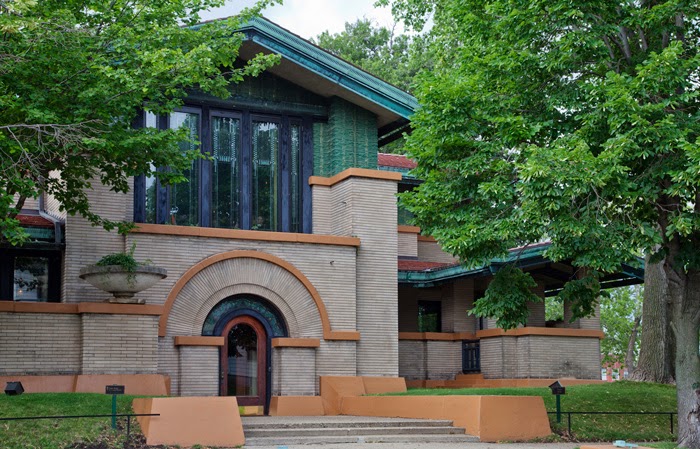 But after so many years I finally did go to see it. This house rivals any of the others. It's definitely worth the three-hour drive from Milwaukee.

Except for the prominent front entrance, the exterior is typical enough of his early Prairie Style, if larger than most. The interior is what sets this house apart from its peers. (They don't allow photography inside. I had to borrow the one I'm including here, of the living room, one of two grand barrel-vaulted rooms in the house.) 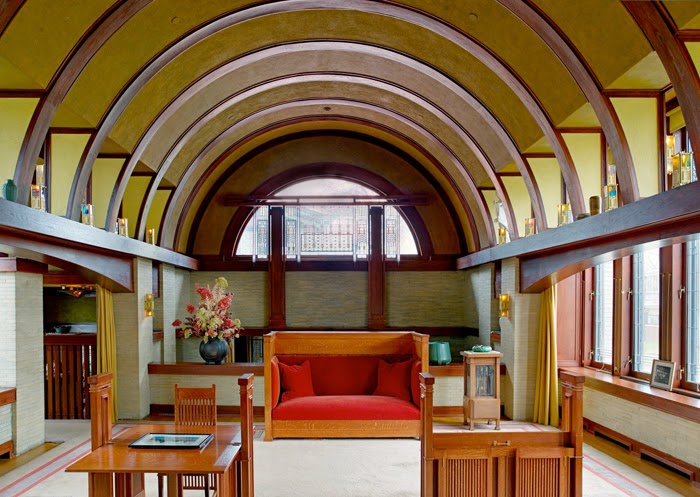 Mrs. Dana, who commissioned Wright to design the house, was wealthy enough to let him have a free rein. Furthermore, and most importantly, the art glass windows and lamps, the furniture, art works, and other furnishings are almost entirely intact. The tour we took was also masterfully theatrical, threading its way throughout the labyrinthine floor plan, up and down a reputed 17 changes of level. (I didn't keep track, but I believe it.)

Wright's famous use of compressed spaces that open into large, airy ones was well represented in this house.

If you're curious, I recommend the official website. It has a great photo gallery with lots of interior shots. If you're ever in the Springfield vicinity and have any affinity for Wright take the time to visit. You won't be disappointed either. 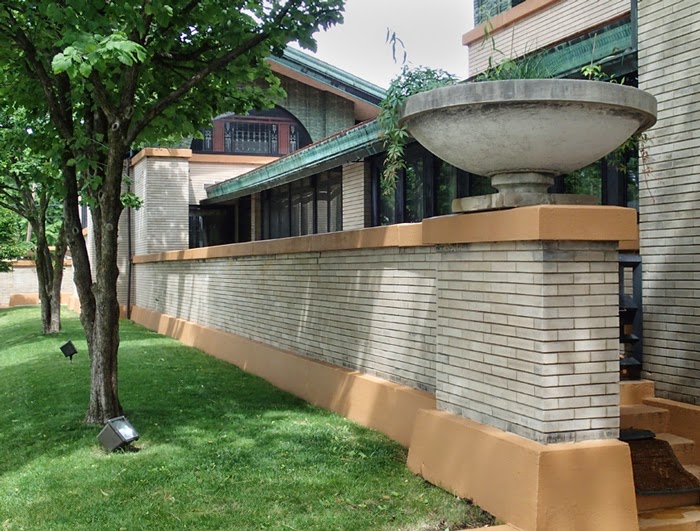