Portraits of Cyclists: Biking to Work 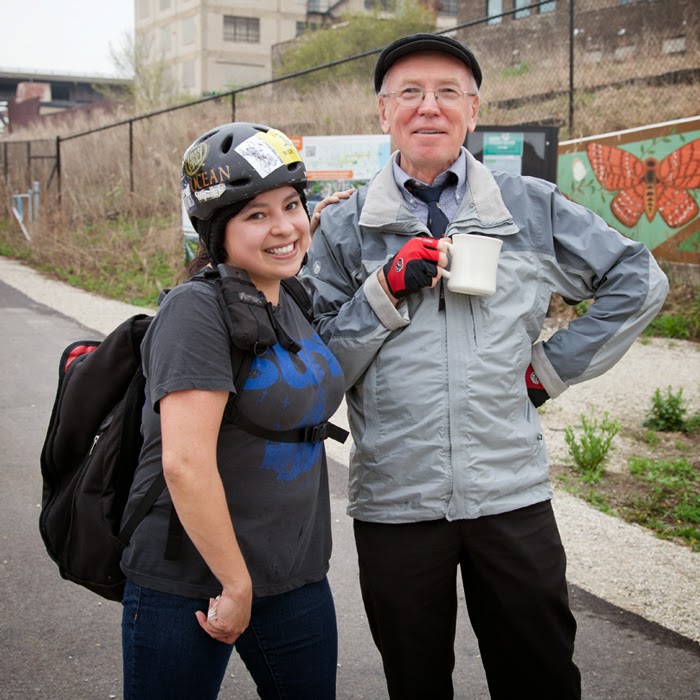 “Do you know each other?” I asked after taking this shot of Bernadette and Jim on the Hank Aaron State Trail. No, they assured me cheerfully. She was traveling west to her job at Melk Music in West Allis. He was on his way downtown to MATC where he taught mechanical design. The chance encounter came about because they’d both stopped for coffee and a bite of pastry at the commuter station set up next to the Trail for Bike to Work Week.

I’d been asking people who were biking to work if they would mind being part of my effort to document the weeklong event. While only a single person shyly declined my request, Bernadette and Jim were the two strangers who symbolized for me the remarkable collegiality amongst the cyclists. For two hours each morning the station buzzed with lively chatter about workplaces, distances traveled, cycling, and of course the (generally bad) weather. 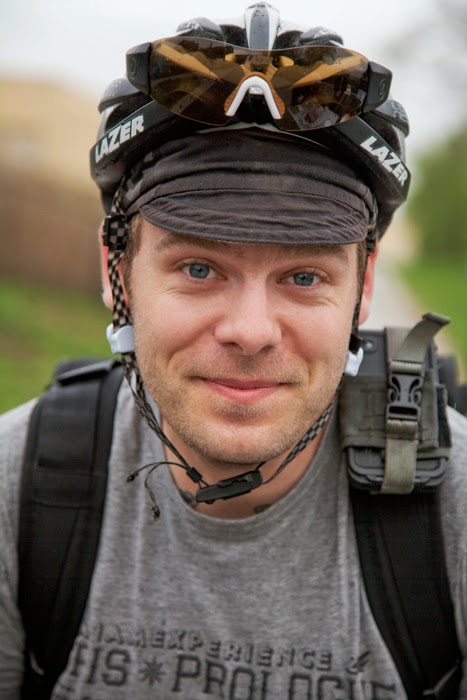 There were regulars, like Kevin (above), who said that he rides 26 miles round trip at least four days a week. And others like Joel (below) who told me that he was “just getting back into” riding to work. In fact, the timing of the annual Bike to Work Week is meant to inspire people to drag their bicycles out of the garage, where they’ve been stored for the (brutal) winter. Please go to Urban Wilderness for the rest of this story and photos.


This post is one in a series that relates to my Menomonee Valley Artist in Residency. For more information about the residency and links to previous posts and photographs, go to MV AiR.